Moments of kindness pierced the sensory assault—such as the policeman who personally steered me and my suitcase through the Columbus Day parade when I was fresh off the plane—and are what endeared New York to me. Compared to my two previous homes, London and Tokyo, it was filthy, noisy and dilapidated. But it was also gregarious, free-spirited and bursting with tales of personal struggle and redemption.

I adapted, but there has been one puzzle I haven’t been able to resolve. New Yorkers I met seemed immune to the decrepit roads, the mountains of garbage and the grim tide of homelessness. They were angry, but about something else entirely: The city had apparently lost its soul and sold out to Wall Street—so sang the refrain in the pages of The New York Times and in bars and restaurants from the Upper West Side to Brooklyn. And the name of the beast was Hudson Yards (the massive high-rise development over the railroad yards). Until it was Amazon, which was sent packing with its 25,000 jobs, denounced by all those sick of the city’s deference to corporate developers. 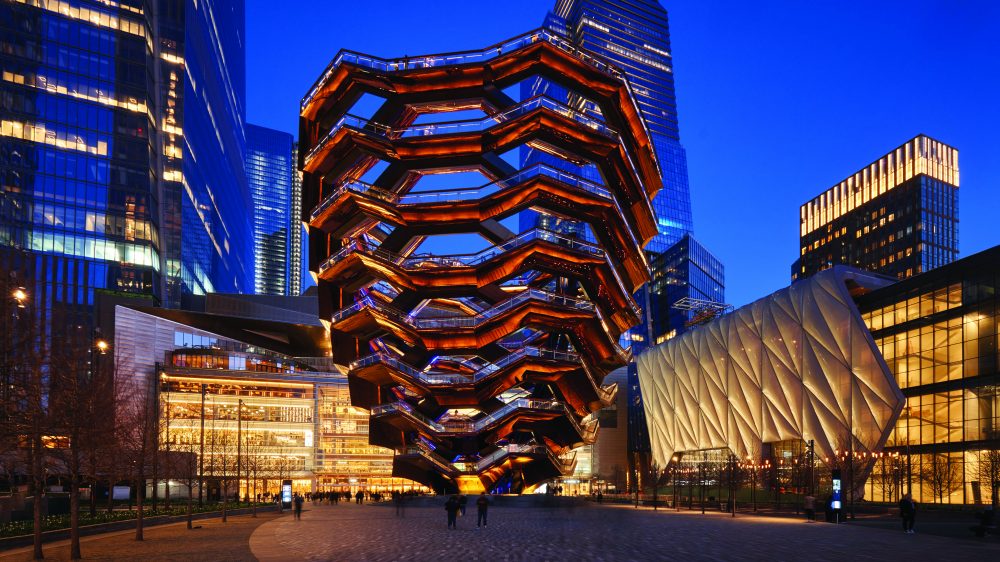 But surely New York—which can’t seem to fix a pothole or take down scaffolding, despite telling itself every morning in the mirror that it’s the “World’s Greatest City”—needed more investment, not less. What was I missing?

I asked another newly minted New Yorker, Professor Lesley Lokko, the Ghanaian-British dean of the Spitzer School of Architecture at the City College of New York. Lokko, who lived in Johannesburg, London, Accra, Chicago and Los Angeles before moving to Harlem in January, said she was experiencing the same cognitive dissonance. Compared to other international cities, she noted, New York was “an incredibly neglected place” where “no one seems to care about public space.”

Her low point, she said, was the day “a man peed on me in the street while I was putting out my garbage.” A friend recounted how his wife, when relating a tale of sexual predation on the subway, was told, “Congratulations, you’re a New Yorker now.” This dark humor is the city’s defense mechanism.

Homelessness and mental illness exist everywhere, of course, but in few other wealthy cities are they so prevalent, juxtaposed against the corporate citadels. 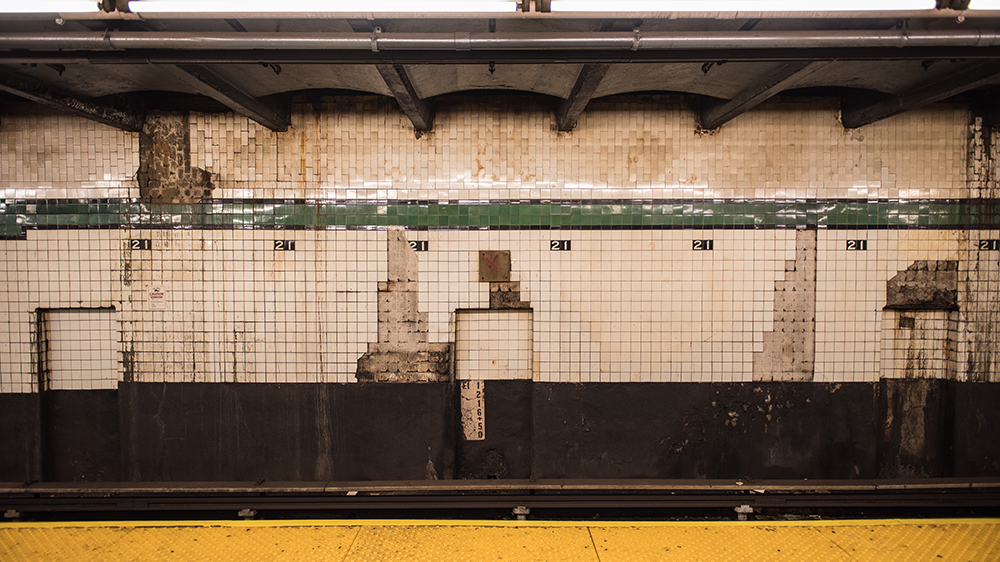 It’s jarring that New York’s luxury rental market is the most expensive in the world. Luxury rents, broadly defined as the top 5 percent of the market by price, are $1.95 per square foot per week in New York, followed by $1.75 in Hong Kong, $1.36 in Tokyo and Los Angeles, and, some way down the list, $0.98 in London, according to Savills, the real estate agency. For the same price as my two-bedroom apartment on Manhattan’s Lower East Side, which overlooks a Michelin-starred restaurant, two food banks, several resident vagrants and the occasional felony, I could rent a five-bedroom house in Notting Hill, London. For the same price I did rent a five-bedroom house in central Tokyo, on a silent street by a bamboo-fringed temple, where the only noise was the occasional gong.

In Japan, with full employment and zero litter or street crime, poverty remains elegantly concealed, and begging is unknown. London is more of a mixed picture, but in contrast to Manhattan, much of it appears pristine, leafy and serene. In these and other world-class metropolises, a basic understanding applies, upheld more often than not, that the city maintains public space and facilities for the benefit of all its residents.

Not so in New York. The design critic and writer Alexandra Lange, who has lived in the city for 26 years, says the lack of investment can be attributed to ideological priorities. “America has been run as an individualistic nation,” she says. “We put a lot of our own money into our cars, homes and education, and we expect less from the public purse.”

Justin Garrett Moore, executive director of New York’s Public Design Commission, the city’s design-review agency, explains that “there is a culture of private interests stepping in to take on what in other places would be public obligations.” This results in patchwork service, he says. “In New York you’ll see parks managed by private groups and business-improvement districts. If you go to a community with a BID, you look at the trash can and there’s a name on it—they pay for it, not the city.” 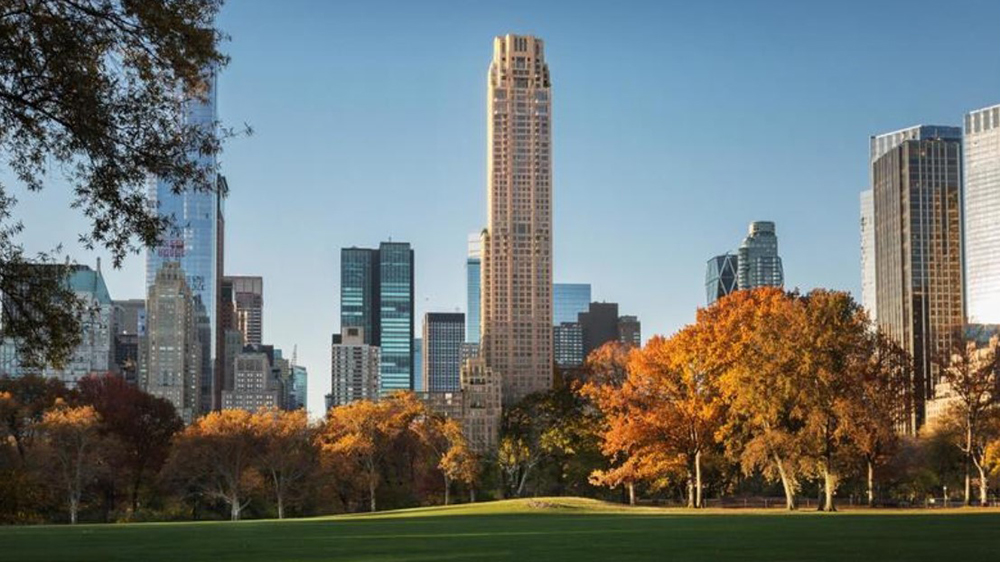 A view of 520 Park Avenue as seen from Central Park.

Far above the trash cans, the city’s billionaires roost in the spindly new “supertalls” along Billionaire’s Row, just south of Central Park. “Up there,” says one realtor, “you don’t feel connected to humanity.” Not that many of them are there right now. In May, a New York Times analysis of smartphone data found that 420,000 people left the city in March and April, including 40 percent or more of those in the wealthiest areas. Even before the pandemic, New York City’s population had been declining for three years. The current $9 billion city budget deficit is a result of the drop in tax revenue during lockdown.

Who will pay to beautify the city now? Perhaps that’s the question I should have been asking all along. The pandemic would seem to offer a chance to reconsider the city’s priorities. Yet in its grief, New York has not yet reached the phase where dispassionate debate is possible. In a microcosm of wider global trends, the city is engaged in an insular blame game, stoked by divided leadership.

Still, the place inspires a passion no other city can match. In a Facebook group called Into the Unknown, New Yorkers driven out by the pandemic describe moving to New Jersey in terms of existential despair. This sense of betrayal and shame is not experienced by families who relocate to the suburbs of, say, Melbourne or Los Angeles. The disdain for defectors expressed by some New Yorkers was encapsulated in The New York Times in August by Jerry Seinfeld, who wrote (reportedly from the Hamptons) that “the true greatness that is New York City is beyond rare.” This greatness is apparently “unknown anyplace outside of New York City.” In response, Mayor Bill de Blasio praised him as “a true New Yorker.”

Perhaps the solipsistic energy of this debate could be channeled into a conversation about what kind of city New Yorkers would like and how it should be funded. Change has always been part of New York’s history, and the protagonist of its many tales of renewal is the city itself. New York is still trying to make it in New York.

Turkey did not run in FATF and did not get support from China, Pakistan remains in gray list

How to Fix a Microwave Oven Yourself

Holidays in banks / will open after so many days now Banks, ATMs may also have problems with cash

Gun sales have been climbing steadily this year during the coronavirus pandemic, but this year’s spike is different because of

Trump Promises There Will Be No ‘Female Socialist President’

Over 99% of the mass in our entire solar system exists just in the sun. It’s over a hundred times