Is it a boat? Is it a plane? Is it the Loch Ness monster? The Lun-class ekranoplan, colloquially known as “The Caspian Sea Monster,” is arguably a mish-mash of all three, and has just reared its head for the first time in 30 years.

The behemoth craft was developed by the Soviet Union as a sort of hybrid between airplanes and ships. It can move over water without actually touching it. First entered service in 1987, it was the only one of its class to be completed and has spent the past three decades hidden away in the Caspian Sea. Now, it’s back on dry land after one helluva extraction process.

The Lun was pulled from the water by three tug boats and two escort vessels. No easy feat considering the superplane weighs 380 tons and has a 148-foot wingspan. The mammoth effort took a total of 14 hours and required the careful coordination of several vessels, along with the assistance of rubber pontoons, as reported by CNN. 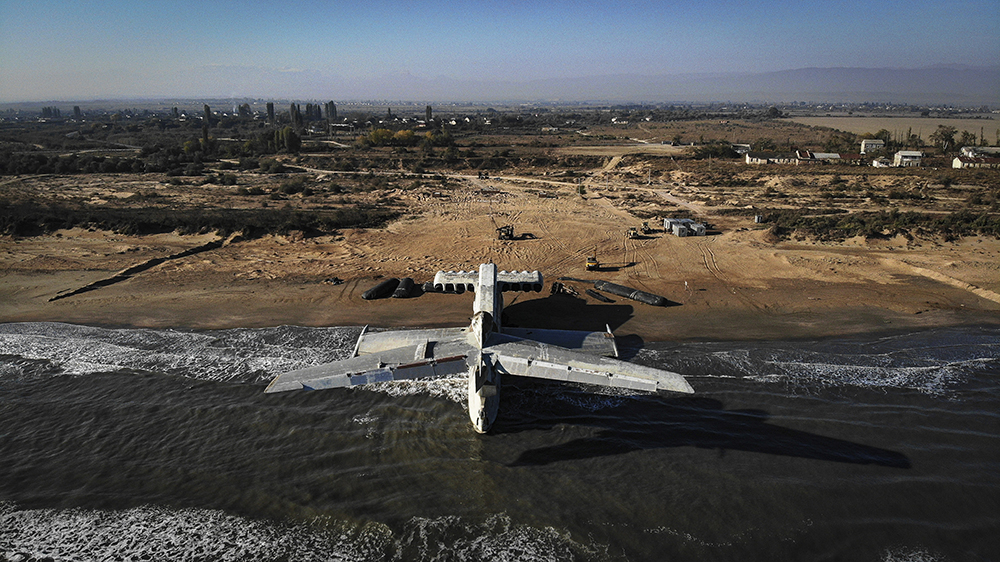 The supersized relic, which is currently sitting on a stretch of coast in the South of Russia, will be the centerpiece of a new military museum called Patriot Park. It’s slated to open in the city of Derbent in late 2020. Until that time, the Lun will remain alone on the beach.

While the dilapidated plane currently looks like nothing more than a ginormous hunk of aerodynamic scrap metal, it was once a formidable machine. Fitted with eight gutsy turbofans, it could hit speeds of up to 340 mph and launch six anti-ship missiles from flight. 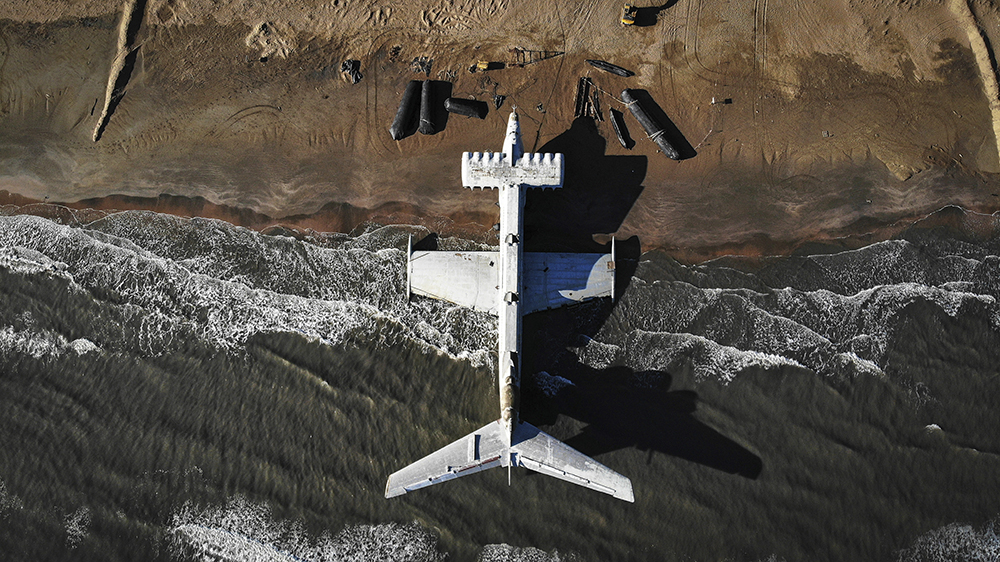 Furthermore, by taking advantage of an aerodynamic principle known as “ground effect,” it could seamlessly glide over water without actually touching it. This is a nifty characteristic of all ekranoplans, a.k.a. ground effect vehicles, which skim the surface of the water at a height of between 3 feet to 16 feet. This makes them difficult to detect by radar and perfect for seaborne attacks. The mammoth aircraft could even take off and land in tumultuous weather while facing waves of up to 8 feet.

The ekranoplans covered the vast inland body of water between the Soviet Union and Iran, which scored them the nickname “Caspian Sea Monster.” This particular monster was the last of its breed and was mothballed by the Russian military when the Soviet Union collapsed in the 1990s. 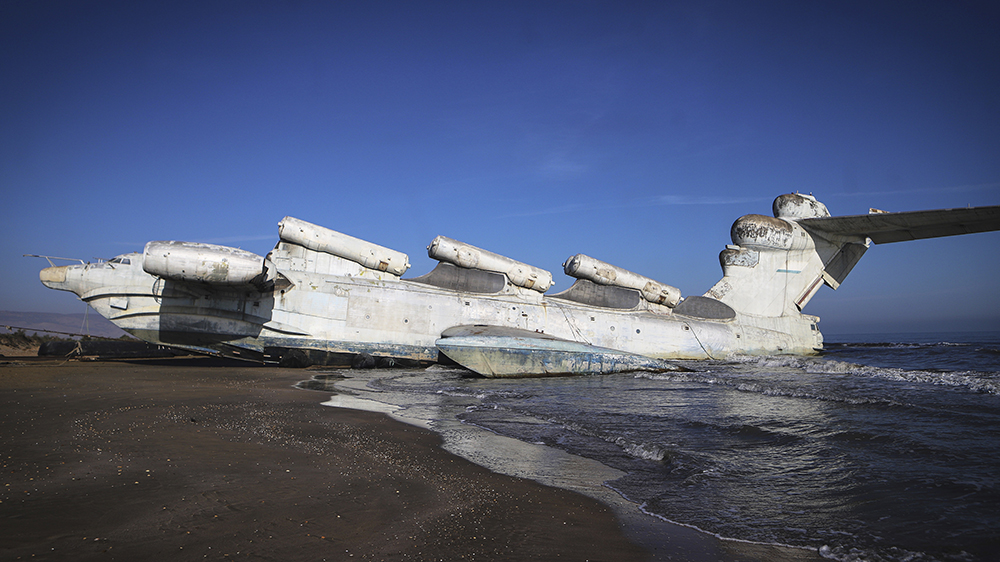 If you can’t make it all the way to Russia to check out this Lun, keep your eyes on the sky. Ekranoplan technology is being examined once again by developers in China, Singapore, Russia and the US. In fact, Singapore’s Widgetworks has already created a Lun prototype. Bring on the monsters.