Viral TikTok dances from adults and minors alike have been reposted on NSFW sites around the internet, raising further concerns about the already controversial app.

Several TikTok dances that have gone very viral have hit a grey zone, now that compilation videos are being uploaded to NSFW sites around the web. We know, it’s a far cry from the Christian TikTok of Kanye’s fantasies.

The case of TikTok’s trends being cross-posted over the internet is nothing new, typically reaching destinations such as Reddit or YouTube, but there’s a darker side. Without the consent of content creators (and whether or not they’re adults), sexually suggestive videos are being reposted just as regularly as memes or more innocent viral trends. With dance trends being embraced by the younger portion of TikTok’s userbase, concerns are being raised by the broader community about how young viral stars could have their content posted to less-than-suitable online communities.

Currently trending track Goodbye by Feder has seen users mimicking sex acts garnering millions of views, with one particular user listed as 17 years old in her bio. The video has now been removed by TikTok, but not before receiving 5.7 million likes.

♬ Why is there so many hot boys using my audio – timmyfan //

Cardi B and Megan the Stallion’s femme anthem WAP, along with its provocative dance routine, has dominated the site’s feed since it dropped, while a number of the song’s raunchy lyrics have been implanted into musical folklore forever.

The most followed TikTok user in the world, 16-year-old dancer Charli D’Amelio (@charlidamelio), has faced massive expectations from her followers who are “waiting for her to post the wap”. Unsurprisingly D’Amelio is reluctant to post her drafted video of her doing the WAP routine, stating her mum finds it “inappropriate”. 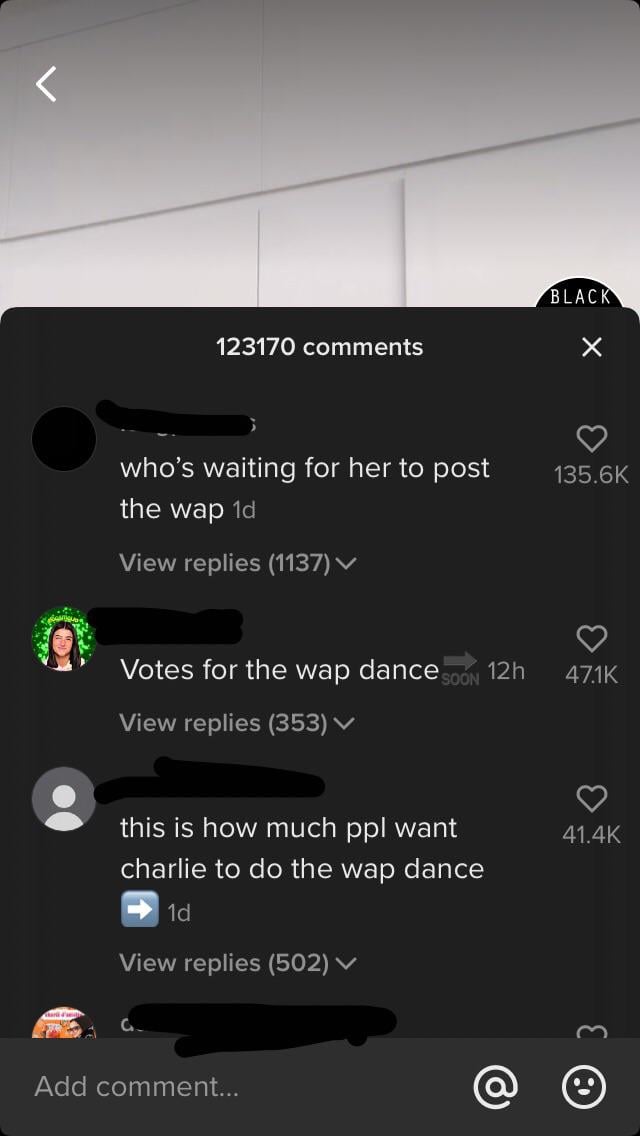 The social media giant has been fraught with more than its share of controversy in 2020, narrowly avoiding a US ban as well as seeing their CEO resign after President Donald Trump called for a country-wide ban on the app.

Are you one of the 726,000 Aussies who’ve started gaming in quarantine?

If You Stay in a Relationship for This Reason, It Won’t Last, Study Says

20 Celebrity Couples from the 2000s You Already Forgot About