Henry Ford once said, “Don’t find fault, find a remedy.” One industrious Ford F550 owner has certainly heeded ol’ Henry’s advice and designed a custom camper jampacked with all the things he wanted but couldn’t find in a ready-built RV.

The Expedition Portal member, referred to simply as Scott, conceived the one-of-a-kind overlander with a very specific set of criteria in mind. Equal parts designer and adventurer, Scott wanted a reliable brute that could combine the thrill of off-roading with comfortable outdoor living. It also needed to accommodate Scott and his lofty 6-foot-6-inch frame, along with his wife and their two enormous dogs.

“My wife refuses to camp within five miles of anyone, so we wanted something that was really comfortable but small enough to get to the out-of-the-way spots we love to visit,” Scott told Expedition Portal. 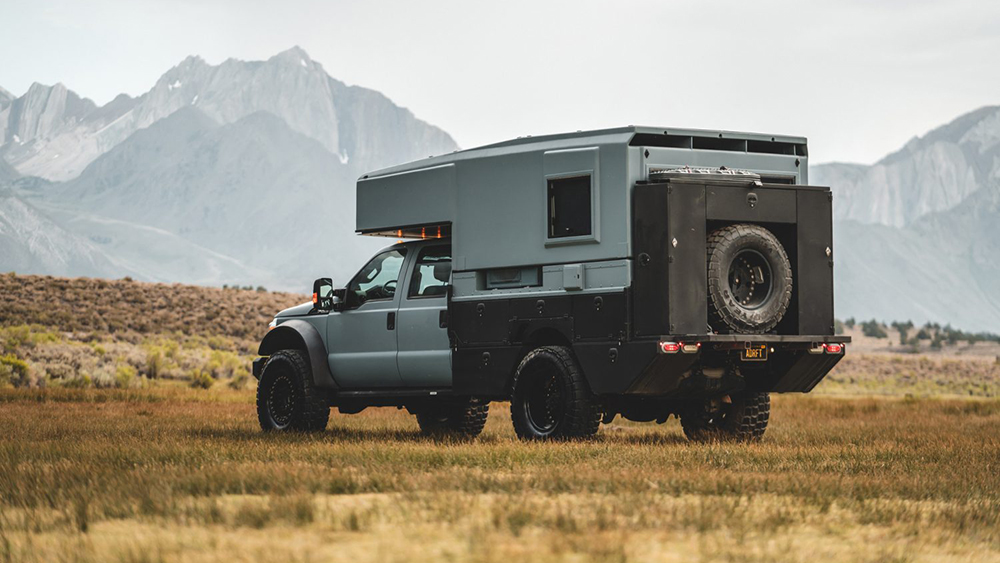 For the build, Scott took a 6.8-liter V10-powered 2016 Ford F550 and added a flatbed-mounted cabin to turn it into a brand new roving home. He designed the pop-up living quarters using SolidWorks CAD software and then molded the composite construction himself in a feat that would surely impress the marque’s aforementioned founder.

When fully extended, the living quarters stretch to 6 foot 10 inches to give tall Scott plenty of room. The generous space offers unbeatable panoramic views thanks to the articulating front wall, an (almost) king-sized bed, a convertible dinette that turns into a kid-sized bed and, of course, a spot for the pair of pooches. 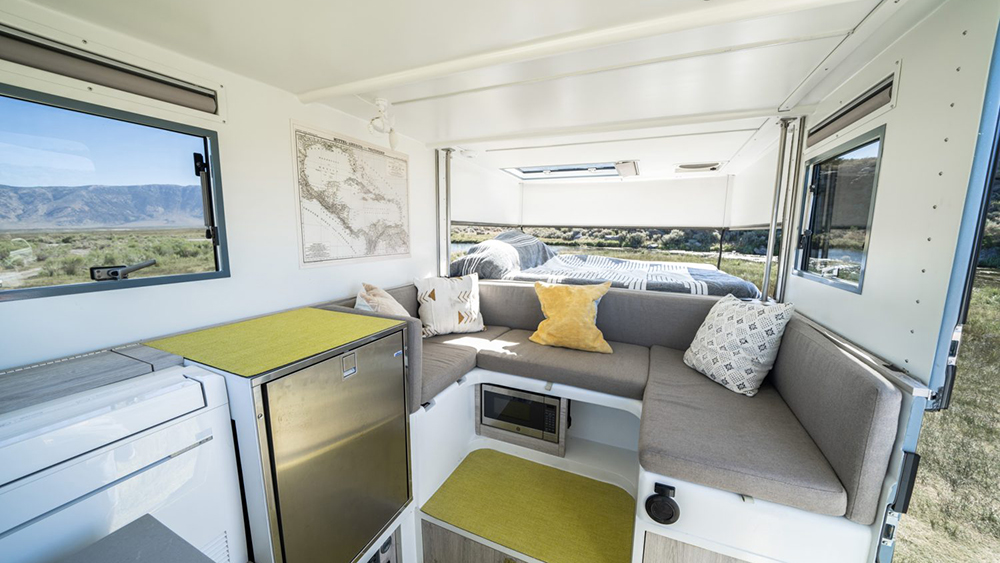 Conversely, when the pop-up camper is stowed, the compact rig measures less than 10 feet tall. This means navigating uneven terrain is no big thing. In fact, Scott has confirmed the offroader can handle the bends of Baja with ease.

“We have taken this truck through some very tight, technical tracks and it has performed flawlessly,” he adds. “It did spectacular all throughout Baja, and was wonderful on our trip to the northern reaches of Alberta in Canada.” 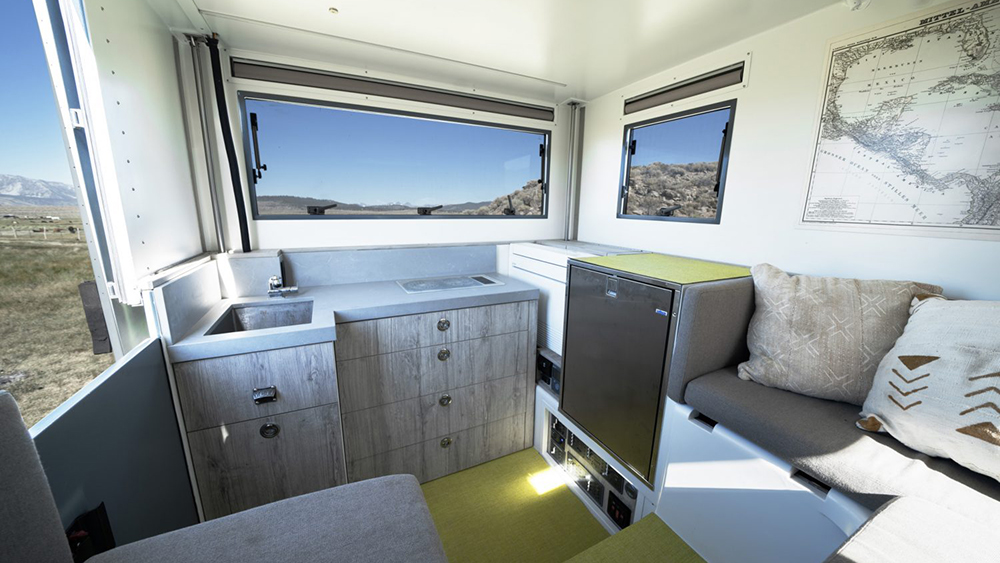 On top of that, the truck is designed for true off-the-grid living. It’s fitted with five solar and a bunch of lithium-ion batteries that power everything on board, from the induction cooktop to the mini split air conditioner. The F550’s engine can also be used as a backup generator in a pinch. Furthermore, the four-wheeler features 100 gallons of freshwater and 40 gallons of gray water storage. Scott says the family can usually last two to three weeks without watching water consumption. Oh, and the car can also carry up to 70 gallons of fuel, which put remote regions well and truly in reach.

Best of all, the custom ride is currently listed for sale for a cool $225,000. You can check out the details here.

40 Important Kombucha Facts That You Never Knew About

Have we got our next James Bond? Rumours have pegged Tom Hardy