One reason petrolheads look back so fondly on the American muscle cars from the ’60s and ’70s is their unapologetically macho designs. On that score, few cars from that era stand out quite like the Plymouth Superbird.

A gorgeous white version of the flamboyant speedster is scheduled to hit the block as part of Mecum Auctions’s upcoming Kissimmee sales event. But this muscle car isn’t just a beauty; it’s also one of a select few built with a 426 cu in Hemi engine and a four-speed manual transmission. 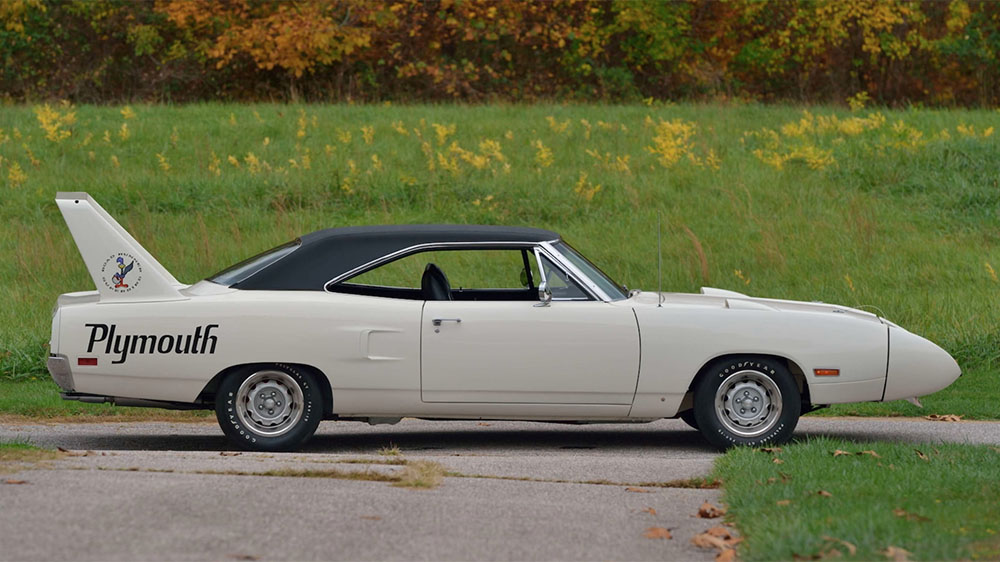 A heavily modified version of the Plymouth Road Runner, the Superbird was the basis for the stock car Plymouth used to participate in the 1970 NASCAR season (and to woo Richard Petty back from Ford). Although it was only in production for a single year, the car is remembered to this day for three reasons: its protruding nosecone, extra-tall rear wing and a horn that mimicked the Road Runner cartoon character’s “beep, beep” sound.

This Superbird stands out for a few reasons. In total, less than 2,000 examples of the car were ever built, only 58 of which featured a 426 cu in Hemi V8 engine with dual four-barrel carburetors. Mated to a four-speed manual transmission, the mill was capable of delivering 425 horses and accelerating from zero to 60 mph. This particular car, which has just 16,485 miles on it and has been beautifully maintained, still features the original factory drivetrain, too. 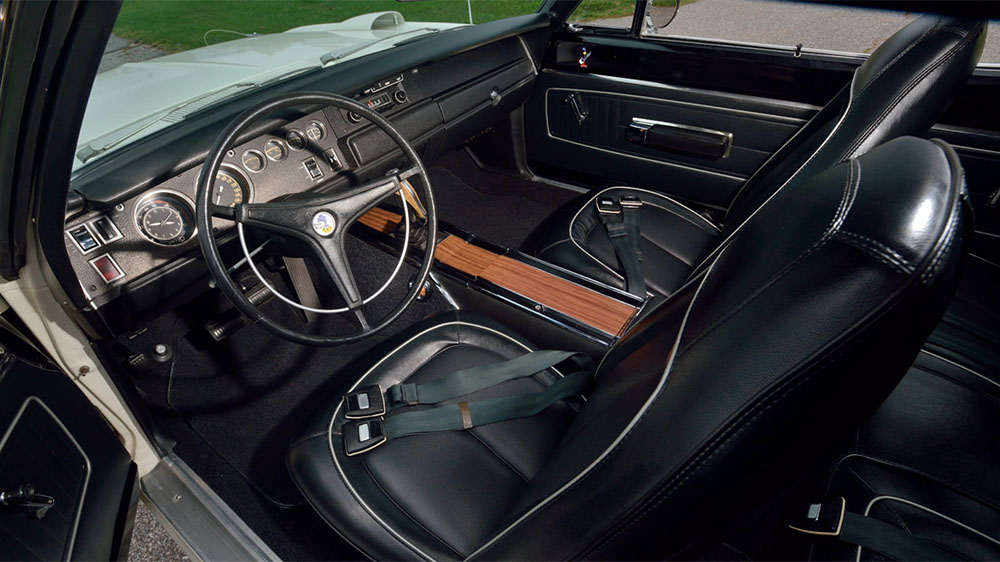 Inside the 1970 Plymouth Hemi Superbird

In addition to the factory engine, the Superbird also still features the same sheet metal it rolled off the production line with. It’s finished in stunning Alpine White, has a dashing black vinyl top and matching interior, the original “Road Runner” icons and, of course, the trademark horn. Other notable features include a Hurst Pistol Grip shifter, power steering, power brakes, premium 15-inch Rallye wheels and Goodyear Polyglas GT tires.

Mecum’s Kissimmee event is scheduled to run from January 6-16. The Hemi Superbird is one of the sale’s main attractions, though, so if you want to get your hands on it, prepare to spend big. The auction house expects the muscle car to sell for somewhere between $500,000 and $550,000.

These are the Deepest Places on Earth