Certain products earn classic status when their design and function not only stand the test of time, but when they continue to be sought out years after their initial release. Early furniture from Herman Miller and Knoll, housewares by Alessi and horse-bit loafers from Gucci all qualify as timeless, and are as relevant today as they were more than a half-century ago.

In the world of high-fidelity electronics, only a very few products from the Golden Age of Audio distinguish themselves as examples of great industrial design, as well as having performance attributes that make them competitive with contemporary gear. Rare examples include early tube components from Marantz and McIntosh, speakers from Quad and JBL, and Dieter Rams’ designs for Braun of Germany, which even inspired Apple’s designs decades later. 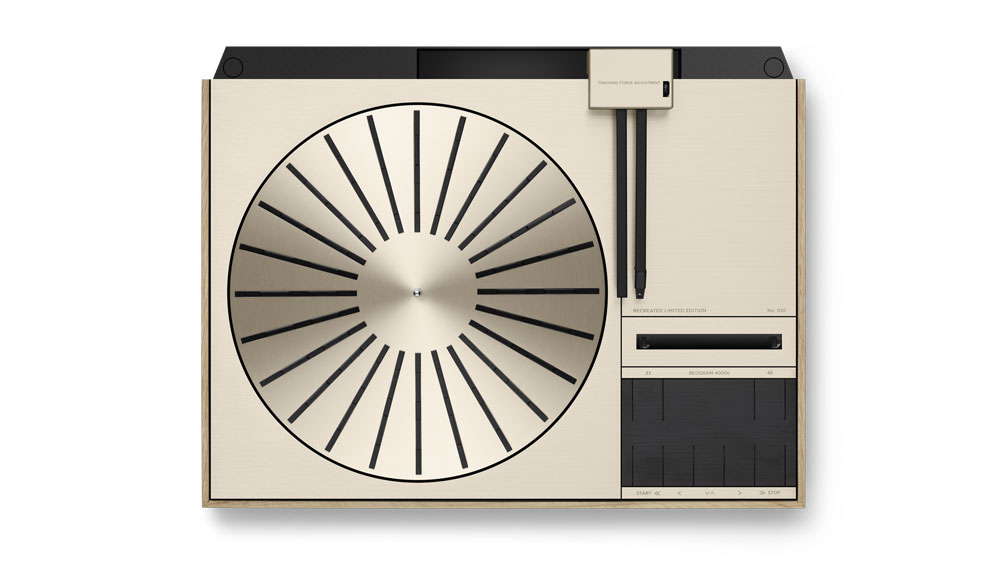 When it comes to aesthetics, Danish manufacturer Bang & Olufsen, founded in 1925, has consistently produced some of the most exquisite consumer electronics gear in history. From the early Bauhaus-inspired radios of the 1930s to current offerings, each piece stands apart from mass-market consumer components. The defining look of Bang & Olufsen was the work of one maverick designer. Jacob Jensen was born in 1926 and contributed 27 years of outstanding design to the company, retiring in 1989 to devote his later years to sailing. He died in 2015, with 234 products to his credit. Among those is his first complete product for B&O, the Beolab 5000 system from 1968. It was soon followed by the Beomaster 1900 receiver, a wedge-shaped miracle with touch-sensitive switches in an era of clunky knobs and casework, that in turn was followed by equally remarkable designs.

Probably no piece of B&O gear is as coveted and collectible as Jensen’s landmark Beogram 4000 turntable, released in 1972. It’s novel tangential tonearm was one of the first successful implementations of a technology that challenges engineers even today. Eliminating tracking error and distortion, the pencil-sized wand glides toward the center of the spindle at right angles to the record grooves, in the same fashion as the head that cuts the wax master. The suspension absorbs shock and vibration, eliminating feedback common to turntable designs of the time. Its brushed aluminum plinth and platter, unvarnished teak trim and a sleek dust cover expressed a modern aesthetic that was years ahead of its time. 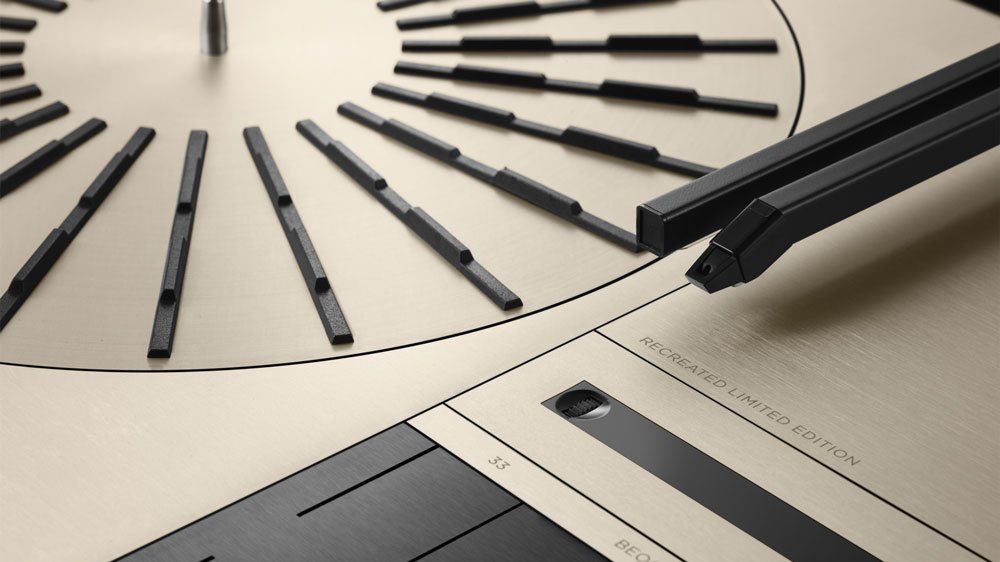 The modern update includes aluminum parts polished and anodized in a warm champagne tone, as opposed the original’s silver anodize.

With its looks, performance and rarity, the Beogram 4000 has been sought out by collectors in the decades since the last unit came off the line in 1974. Challenging them has been the non-availability of repair parts, and the phono cartridge that was exclusive to the tonearm, which is available only through one cartridge manufacturer, Soundsmith of New York.

Recognizing the collectible nature of its early classics, Bang & Olufsen has reintroduced the Beogram 4000 as the Beogram 4000c Recreated Limited Edition turntable. It’s the first in the company’s new Classics initiative, and is limited to 95 examples in recognition of the company’s 95th anniversary. Mads Kogagaard Hansen, heading the initiative within the company, acknowledges what differentiates B&O as a brand, saying, “In a world of consumer electronics, most products are regarded as disposable commodities . . . our products are built to stand the test of time.” 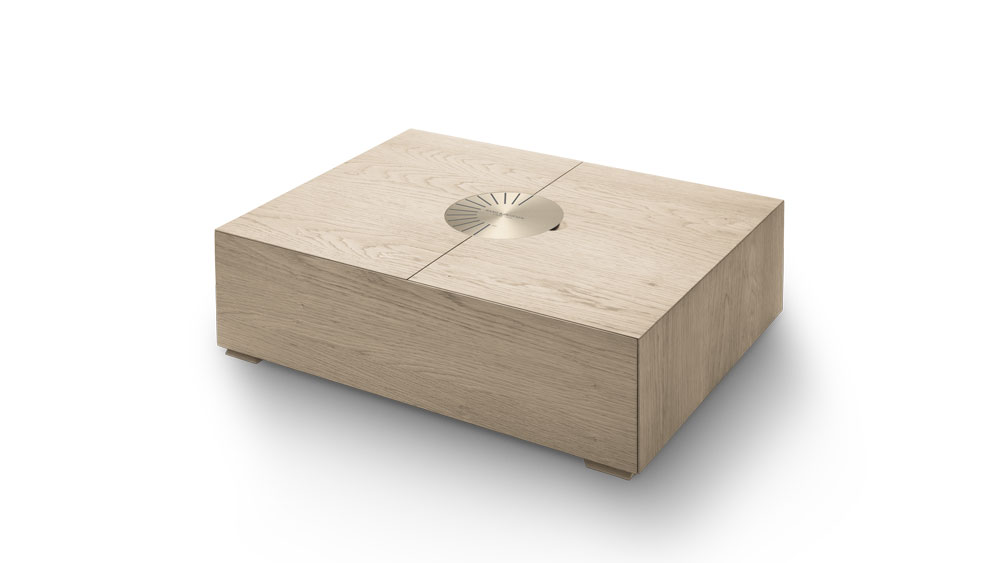 The turntable is presented in a handcrafted, solid oak box with aluminum fittings.

Every Beogram 4000, carefully acquired by the manufacturer following a global search for excellent original units, gets a new lease on life when it returns to the same factory in Struer, Denmark, where it was produced nearly 50 years ago. Like a cherished automobile in for concours restoration, each ‘table is taken down to the bare chassis and cleaned, with new parts like bearings, drive belts and other components installed—followed with testing—by B&O technicians. 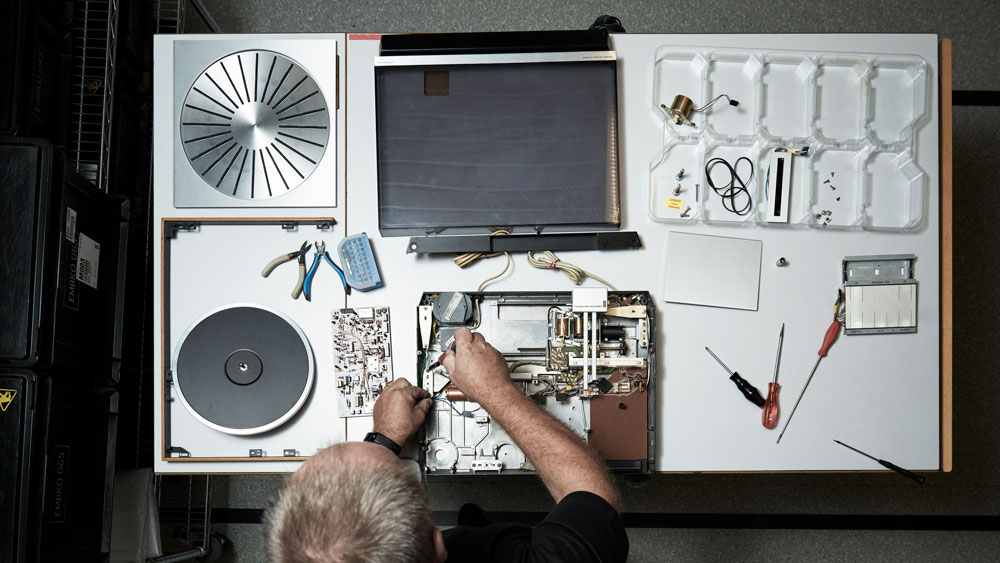 For the restoration process, every Beogram 4000 returns to where it was produced nearly 50 years ago.

Cosmetically, the new 4000c gets a subtle modern update, with original aluminum parts polished and anodized in a warm champagne tone, as opposed to the cool, natural silver anodize of the original. A new, removable dust cover encloses the unit during playback and when not in use. The trim, originally teak, is replaced with a new solid oak frame. Christopher Devine, with Bang & Olufsen America, added insight into the company’s dedication to tradition, explaining, “We’ve been using the same supplier of wood—a small family-owned business in Jutland [Denmark]—since the 1960s, now run by the sons of the founder.”

With an eye toward the future, the product engineers of the original Beogram 4000 allotted some space inside the chassis to accommodate potential technology upgrades, and that provided the current design team with sufficient vacant real estate to add a built-in phono preamplifier to the package. This is important, as most modern integrated amps and one-box systems, and certainly powered speakers, do not include the required RIAA equalization to allow a turntable to be connected directly, without going from a dedicated phono preamplifier into a control preamplifier. With the new Beogram 4000c, users can add vinyl playback directly to any current B&O powered speakers, or other gear, via RCA or 3.5 mm line-level connections. Critical to the sound of the 4000c is that it’s fitted with a brand-new MMC moving-magnet phono cartridge manufactured by B&O. 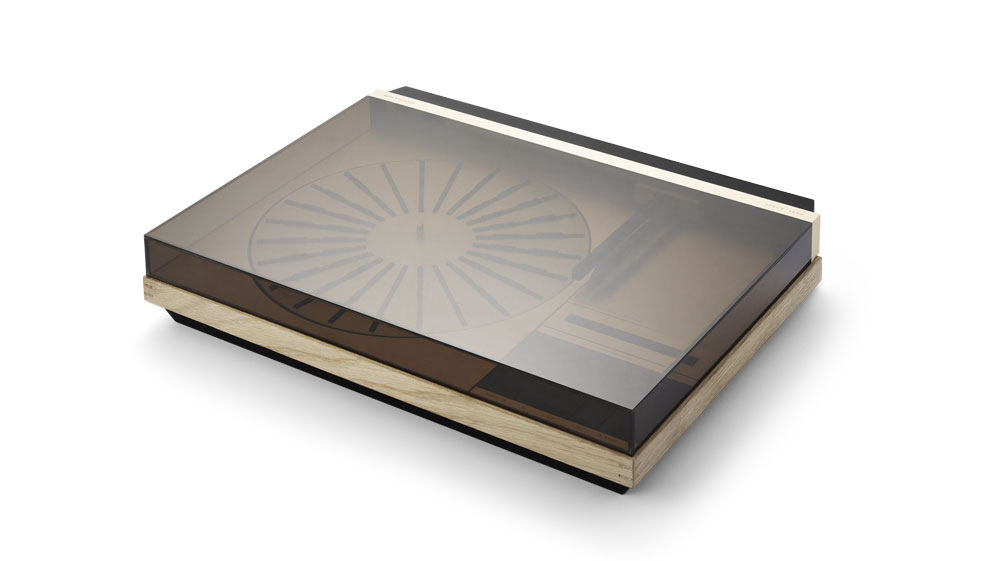 A new, removable dust cover encloses the unit during playback and when not in use.

As with any luxury product, the Beogram 4000c Recreated Limited Edition turntable receives special packaging. Presented in a handcrafted, solid oak box with aluminum fittings, each turntable, priced at $11,000, is numbered and comes with a five-year warranty.

When is the next new episode on NBC?