Much of the time, the experience of looking at Vincent van Gogh’s The Starry Night, which hangs in pride of place at New York’s Museum of Modern Art, involves squinting at it from afar while being jostled by school trips and tourists. You’d be lucky to glimpse the information label let alone tune in to the painting’s mysterious mood.

A new—for America—solution to this frustrating gallery experience is coming to the Indianapolis Museum of Art in June next year. The museum is permanently dedicating the entirety of its 30,000 square-foot fourth floor to immersive digital art exhibitions, of the sort that are increasingly popular in Europe and Asia, but still a rarity in the US.

The first show will be dedicated to van Gogh. Visitors will be engulfed in mesmerizing close-ups of the Dutch master’s brushstrokes as 3,000 ultra-high-resolution moving images of his lushest paintings flood the floors, ceilings and walls. The effect is for visitors to feel like they are physically immersed in three-dimensional paintings. The experience will be multi-sensory, explains the director, Charles Venable, who is also CEO of the multi-disciplinary Newfields art site, home to the IMA. 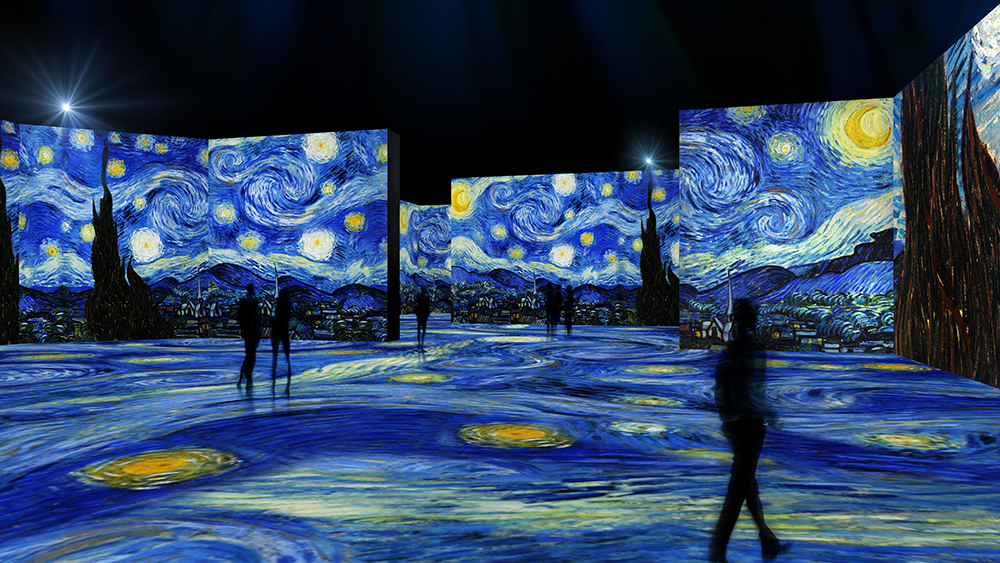 “This will be an entirely new experience for most Americans,” he told Robb Report. “As well as 30-foot tall images where you can see van Gogh’s individual brushstrokes, we are commissioning a music score, and considering aroma experimentation, so when you walk through a wheat-field painting you can smell the South of France. We’re not just talking about putting someone’s work up on a monitor.” One hundered fifty high-definition projectors will beam the images into the space, part of a major investment by Lilly Endowment, the philanthropic foundation created in 1937 by the Eli Lilly pharmaceutical business. 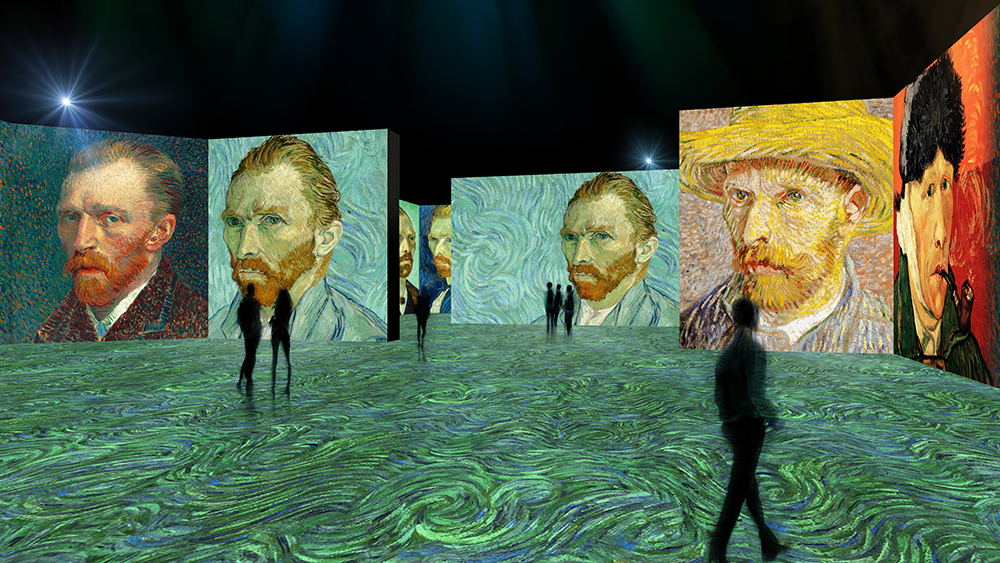 The IMA digital galleries, known as The Lume, will be America’s first major gamble on electronic art by an established non-profit museum. “I truly do not know of another US museum that is committing a permanent space in their main galleries to the future of digital art,” said Venable. Most digital installations are short-lived and funded by private companies, he said. “There have been some digital shows in the US in science museums and commercial spaces but generally they have been small and temporary.”

This is expected to change as galleries capitalize on the new trend for experiential shows that appeal to younger audiences. A plan to establish a permanent teamLab base in Brooklyn’s Industry City fell through last year, but the group will exhibit at Superblue, a new commercial art center opening in December in Miami, with accompanying digital installations by James Turrell and Es Devlin. 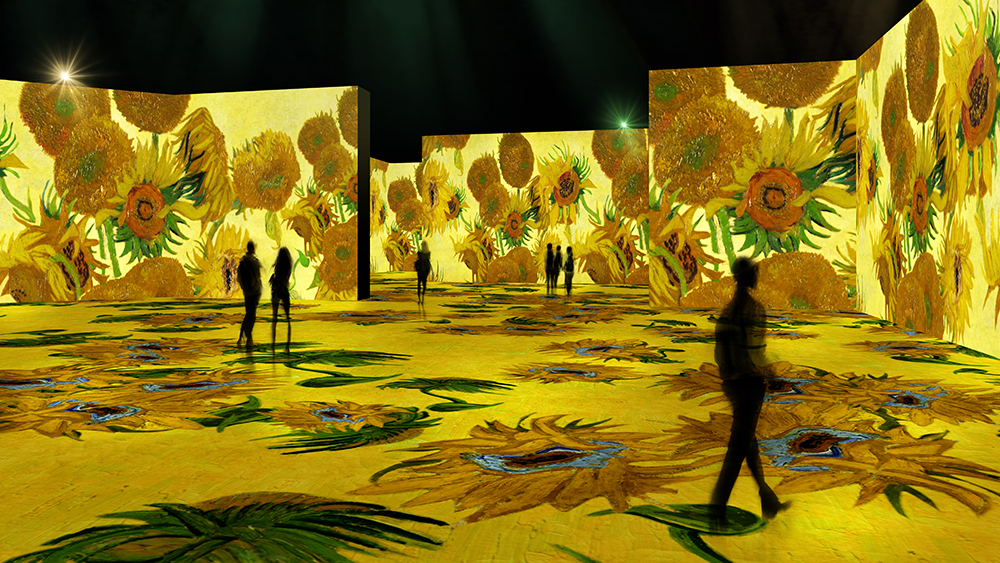 The Lume will be operated by Grande Experiences, an Australian digital experience company which plans to open a second permanent branch in Melbourne next year, after a long Covid-related delay.

Venable strongly believes that the US, with its “quite conservative” museum system, needs to innovate to reach diverse audiences. “The goal is to reach non-traditional museum goers,” he said, pointing out that more than three-quarters of Americans do not visit art museums, and those who do are aging. 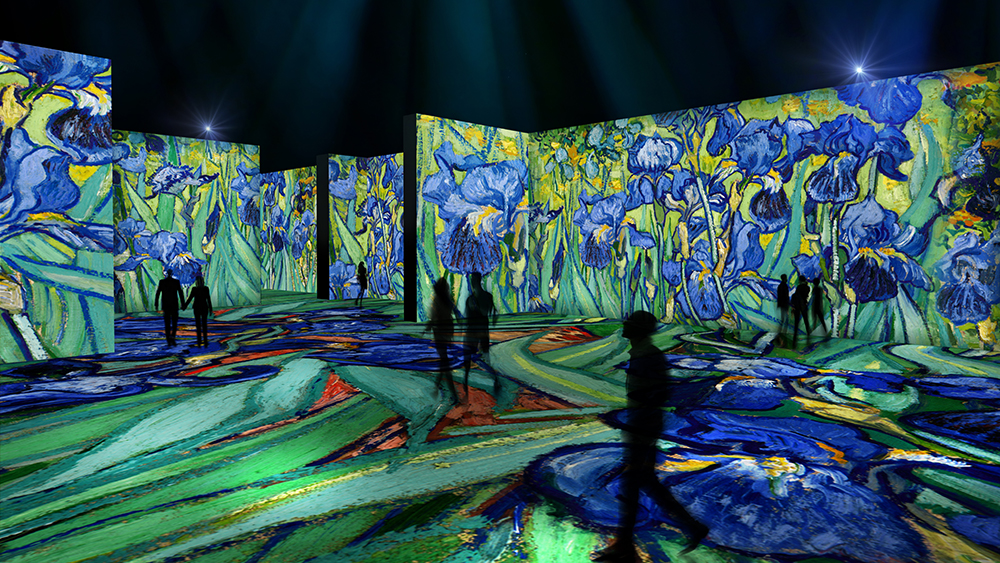 “We very frequently hear that people don’t come to museums with kids because they worry about them being loud,” he said. “Here, kids can run around and roll on the floor while parents take it all in from a beanbag with a glass of wine. Most galleries don’t let you even bring in a bottle of water. Here you’ll be able to walk around with a van Gogh cocktail.”

The choice to open with van Gogh is part of the business strategy, Venable said. Most digital art shows focus on new work, which is also the aim of the IMA. But for an investment of this scale to pay off in the Mid-West, The Lume needs a big-name opener. “I am betting on going a bit traditional to start with and eventually growing an audience,” Venable said. “Eventually the IMA will become a center for commissioning digital art.” 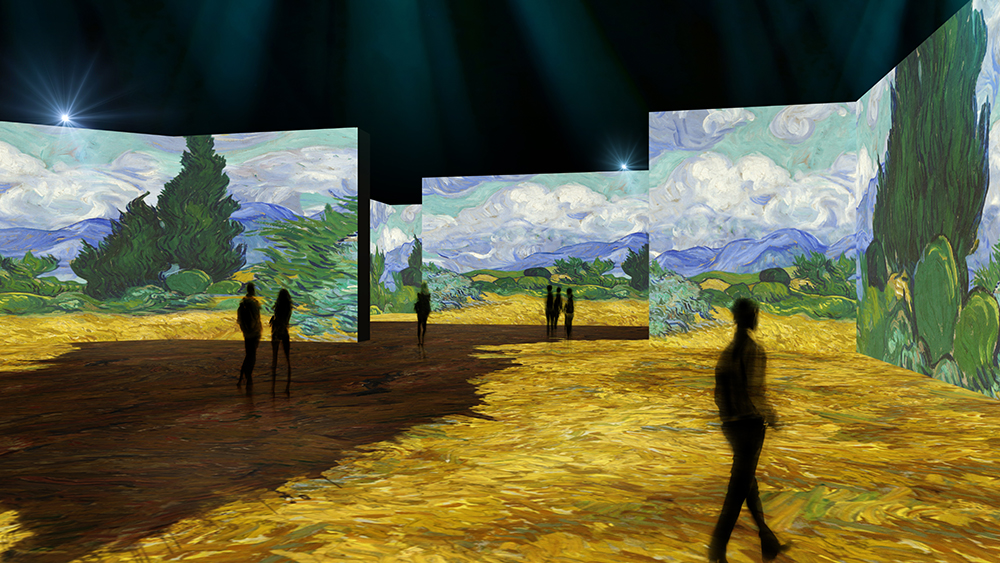 Displaying digital versions of analog paintings in an engagingly immersive way could become a popular choice for museums, most of which, according to Venable, “have already captured their best art in high-resolution photos, with extremely high captures of pixels that work in huge format projections.” So all the digital curator has to do is negotiate rights usage. Valuable paintings need not be taken down and sent on touring exhibitions, with all the concomitant risk and expense.

“As an institution, I could not afford to stage a big van Gogh show,” said Venable. “I can’t bring Michelangelo’s Sistine ceiling to Indiana. But I can give you a better, close-up view of it than you would get from the floor of the Sistine Chapel.”

the 5 best new releases of the week