Humans are dismantling the natural world at unprecedented rates. We’re burning the Amazon, melting ice caps, and filling the oceans with garbage and chemicals. As a result, there’s not much wilderness out there anymore. Not the way there was a few centuries ago, at least. Back in the 19th century, there were still places to explore. Now, we have to head off-world for that kind of adventure–back to the moon, off to Mars, and eventually beyond to the edge of our galaxy. Here are five cool explorers who explored Earth before we wrecked everything, and they did it wearing wool pants. That alone makes them worthy of history’s recognition.

5 Cool Explorers You Should Know

Matthew Henson, the son of two sharecroppers, was the first African American to explore the Arctic and reach the North Pole with Robert Peary. Orphaned at a young age, Henson left home as a boy, finding work on ships, where he proved to be a capable seaman. After forming a close bond with the captain of his first ship, Henson learned navigation while sailing across the globe. Later, he joined with Peary after learning about his plans for exploration. The two explored Nicaragua before heading north, backed with the support of President Theodore Roosevelt.

Isabelle Eberhardt was here for a good time, not a long time. Born to Swiss and French heritage, Eberhardt lived most of her life in North Africa. She was killed in a flash flood at 27–having almost lost an arm in an assassination attempt, toothless, ravaged by malaria, syphilis, heavy-drinking, smoking, and drug use. Her life was about living passionately, running full-fledged towards the things she wanted in life, often disguised as a man. She wrote a regular newspaper column, published short stories under a male pseudonym, engaged in espionage, and assisted French diplomatic missions in Africa. 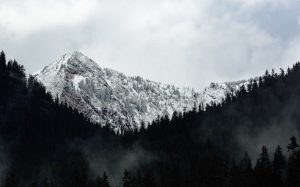 Born into slavery, Beckwourth made his way West, training as a blacksmith in St. Louis before arriving in Colorado, where he became a fur trader and mountain man. During an encounter with Crow Indians, they mistook him as the lost son of a chief and accepted him into their nation. He explored the Rocky and Sierra Nevada Mountains, discovering Beckwourth Pass and improving existing trails. Beckwourth worked as a military scout, an Indian agent, and a storekeeper in Denver. He wrote a book about his life, The Life and Adventures of James P. Beckwourth before dying in a Crow village.

A British explorer and writer, Stark didn’t “discover” anything in her explorations, but offered vivid descriptions of her travels in the Middle East. She earned an award from the Royal Geographic Society for her contributions to the area’s cartography, recording remote villages’ locations, and correcting existing maps. Stark wrote dozens of books about both the Middle East and Afghanistan that are still in print today. Unlike Eberhardt, she traveled as an unmarried woman, often by camel and donkey. The rich descriptions in her books focus on the places she had access to–the women of the villages she visited. She continued traveling and writing well into her seventies–her last book is about a trip she took to Afghanistan in 1968.