The story of the Twin Towers has attracted much attention for decades – from their beginnings as the tallest buildings in the world to their tragic destruction in the 9/11 attacks.

Standing tall in the midst of the bright Manhattan skyline, the Twin Towers were two of seven which made up the original World Trade Center in Lower Manhattan, New York.

They were named the North Tower and the South Tower.

Like many buildings, there didn’t seem to be much creativity involved in the names of these towers.

Their 110 stories were unrivaled by any other building until the construction of the Sears Tower later in 1973, which also stood at 110 stories high.

The rest of the seven towers were named 3-7 World Trade Center, with some being known colloquially by their street names.

Once upon a time, they were the tallest buildings in the world. 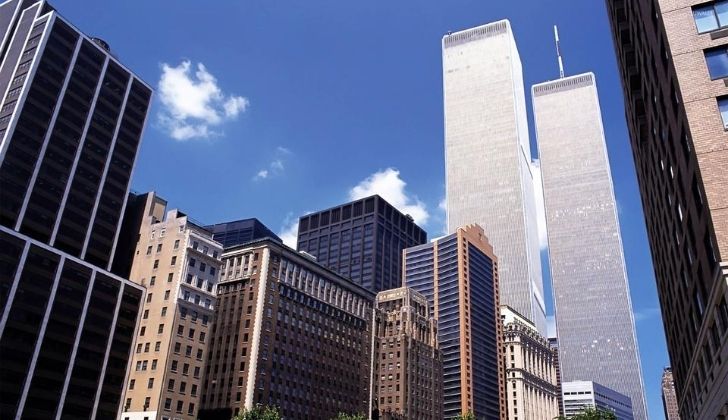 When the Twin Towers were first completed, they were the tallest buildings in the world.

Contrary to popular belief, the towers were not actually identical, although this was difficult to notice from the ground.

The North Tower was taller than the South Tower by just 6 ft.

They stood at 1,368 ft and 1,362 ft and were both taller than their neighbor, the Empire State Building, and the Eiffel Tower in Paris, France.

The Twin Towers were completed in 1973. 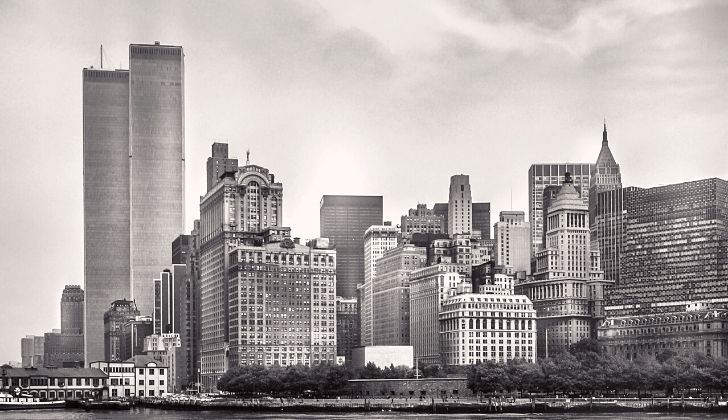 Construction of the North Tower began in 1968, with the South Tower following shortly after in 1969.

The office space was rented out and tenants began to move in by 1970.

The buildings were finished by 1973, along with four of the other World Trade Center buildings.

The seventh and final building, 7 World Trade Center, was finished by 1987.

Philippe Petit made the news for a high-wire walk between the towers. 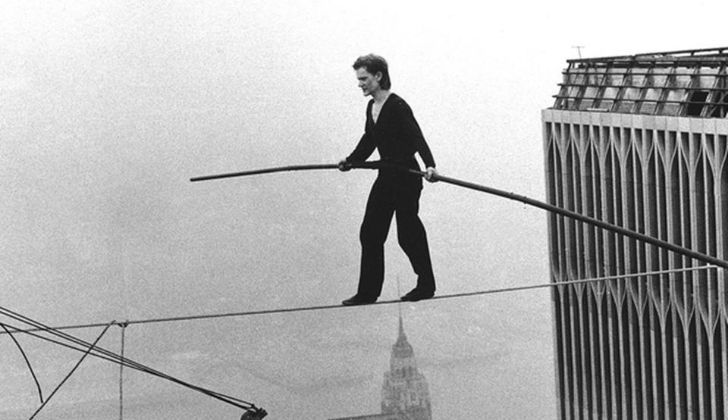 Philippe Petit had already become known as a daredevil in 1971 when he performed a high-wire walk between the Notre Dame Cathedral towers in Paris, France.

Three years later, following the completion of the Twin Towers, he made the news again by performing another high-wire walk between the two towers. 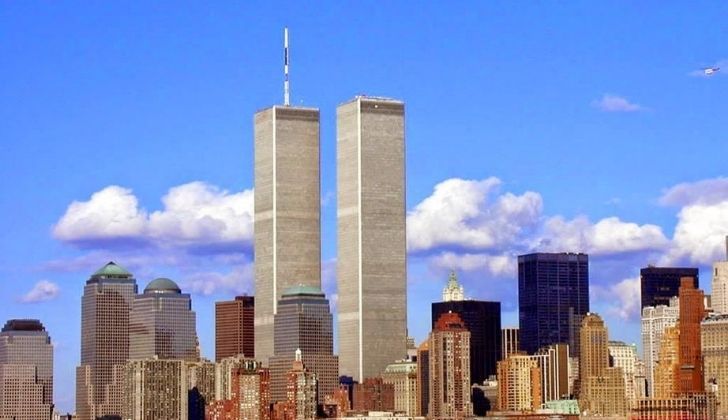 Although the attack of September 11, 2001 (9/11) proved to be the end of the Twin Towers, it had previously survived another terrorist attack almost a decade earlier.

In 1993, a bomb was detonated in the World Trade Center parking lot, injuring more than a thousand people and proving fatal for six of them.

In 1975, not long after the completion of the Twin Towers, a fire broke out in the North Tower and spread across six floors.

Most of the damage was sustained on the 11th floor where the fire had broken out.

In 1998, the Port Authority of New York and New Jersey made the decision to privatize the whole World Trade Centre.

This including the Twin Towers, after a robbery of $1.6 million USD in cash from the Bank of America which was situated within the North Tower.

Another daredevil stunt was performed in 1977 by George Willig. 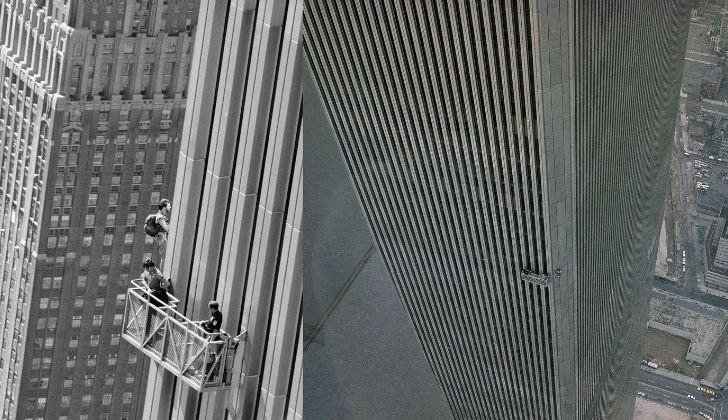 In 1977, twenty-seven-year-old George Willig scaled the outside of the South Tower, climbing all the way to the top in under four hours.

The authorities were not happy with this move and when he got to the top, the police arrested him.

Far down below, crowds were cheering George Willig’s achievement, and he received much media attention in the weeks following his stunt.

Willig even managed to get some stunt work on TV.

He was initially told that he would receive a fine of $250,000 for the inconvenience caused.

After his stunt, he earned himself the name of “the human fly” by fans and the media.

The towers were built using a tube design. 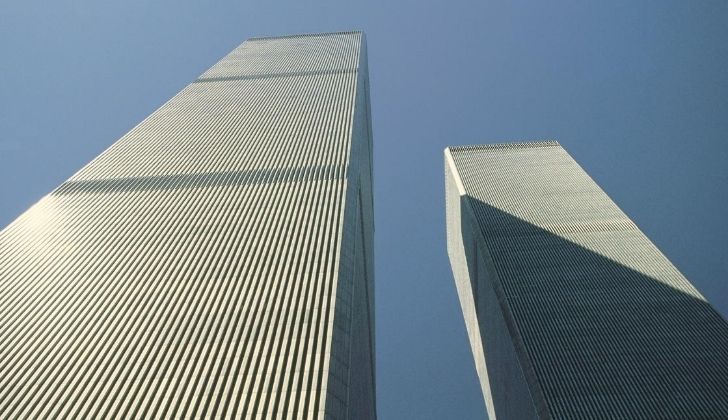 The design of the Twin Towers came under much scrutiny following their destruction in 2001.

Fazlur Rahman Khan was a Bangladeshi-American structural engineer who created this design just a few years prior to the construction of the Twin Towers.

The design allows the perimeter of the building to be reinforced using the concept of a “tube within a tube”, and enables open-plan floors for those using the space to enjoy.

The absence of columns positioned throughout the building makes for a more spacious, flexible design. 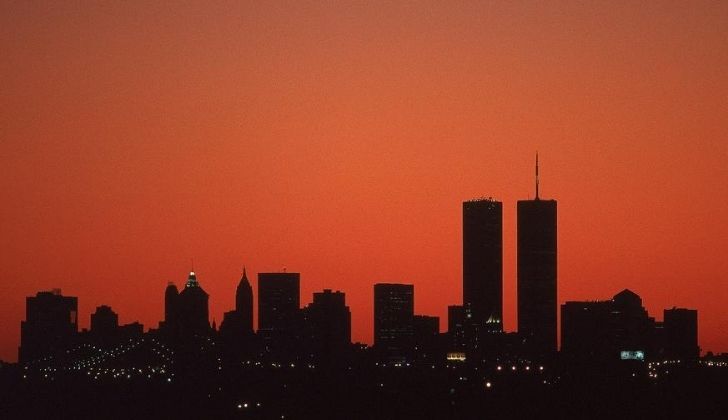 When adjusted for inflation today, this is equivalent to more than $5 billion USD, showing just how costly and time-consuming the towers were to construct.

Originally, the Port Authority believed the towers would cost around $350 million USD to construct.

Later, figures of $750 million USD were anticipated, but the total final cost surpassed both these estimates by a significant amount.

Not everybody was happy with the new buildings. 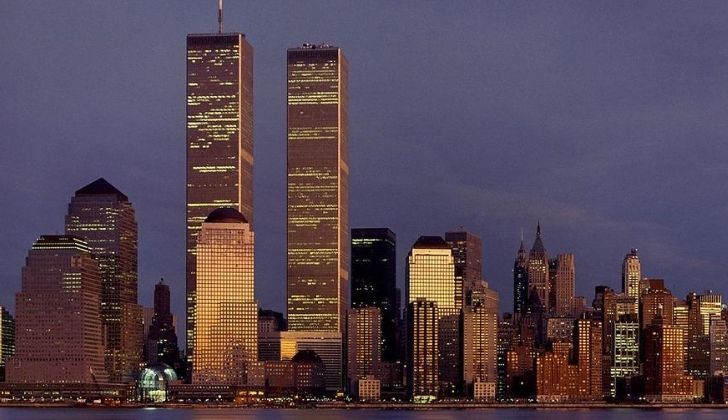 In 1964, when property developers and investors were in talks about the new World Trade Center and what the new buildings would entail.

A group of builders formed the “Committee for a Reasonable World Trade Center”, which heavily criticized the size and scale of this new project.

The committee was led by Lawrence Wien, who did not believe the new buildings were realistic or helpful to the economy and warned that they could be dangerous or that a plane might even crash into them one day.

The top floor of the North Tower was controlled by the South Tower. 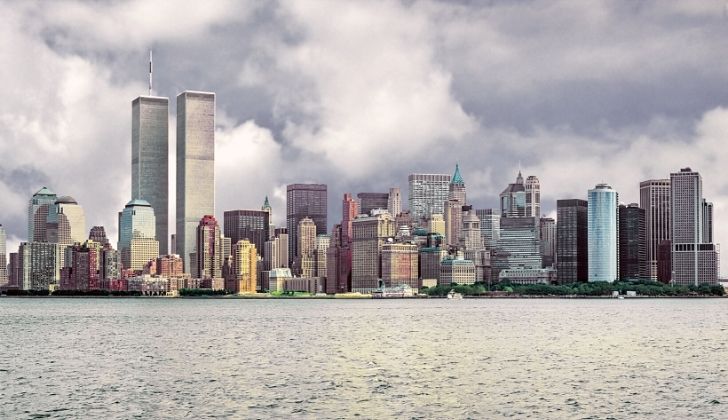 Access to the roof of the North Tower was controlled from the operations control center which was housed in the basement of the South Tower.

The very top floor of the North Tower was home to radio and TV transmission in New York. 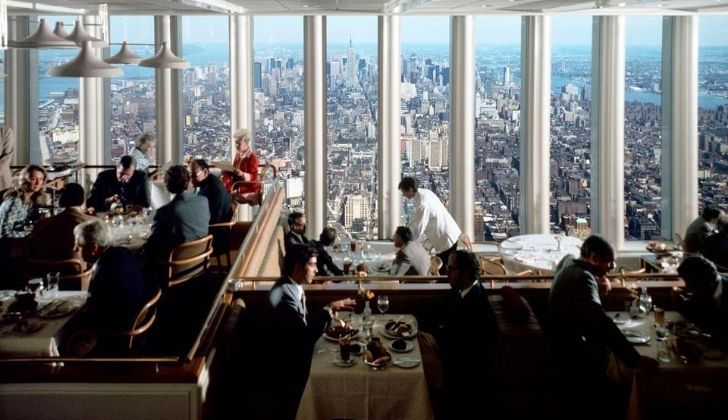 In a bid to make the towers seem more attractive and enhance tourism, the Port Authority decided to establish a restaurant in the North Tower.

Named “Windows of the World”, diners could enjoy the restaurant and its views up on the 106th and 107th floors of the tallest of the Twin Towers.

It was opened in April 1976 and boasted views of the famous Manhattan skyline.

The restaurant was damaged in the first bombing of 1993 but was renovated following a $25 million USD investment.

To this day, the Twin Towers remain among the most famous buildings in history.

While they were never rebuilt, they were featured in many documentaries, dramas, and TV shows, with their rich story and tragic ending ensuring a spot in the history books for decades to come.

The Twin Towers cost $900 million to construct. When adjusted for inflation today, this is equivalent to over $5 billion.

The 5 golden comma rules that everyone should know

8 Celebrities You Didn’t Know Were Dyslexic

Roger Goodell said there are no plans for the National Football League to have a playoff bubble, as other sports

It’s no secret that plant-based “meat” has taken off in recent years, but meat created in a laboratory? That will