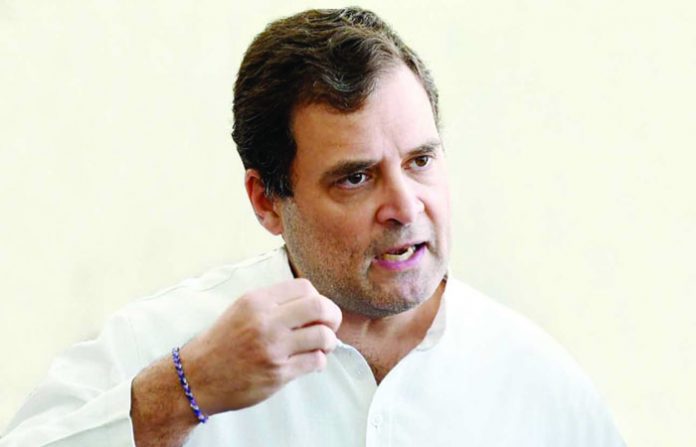 Since the BJP government came to power at the Center, there has been a systematic attempt to uproot the farmers. Congress leader Rahul Gandhi has appealed to all to come together and raise their voice against the injustice being done to farmers during the Modi government and to get rid of anti-farmer policies and laws.

Let us raise our voices together against the atrocities and exploitation on farmers by the Modi government.

The changes in the Agriculture Act are being strongly opposed by the farmers. Violent agitations are going on all over the country. To intensify the farmers’ struggle against the government, the Congress has launched the ‘Speak Up for Farmers’ campaign. Rahul Gandhi shared a video on Twitter in this regard and demanded withdrawal of the Agriculture Bill.

Justified demands of farmers,
Listen to the voice of the nation, Mr. Modi

Portland Rioters Throw What Appears to Be a Massive Molotov At Police, Just Hours After Two Cops Shot in Louisville (VIDEOS)