House Speaker Nancy Pelosi said Friday that she doesn’t “care what [President Donald Trump] says about” her because his insults help her raise money.

“I don’t care what he says about me. Every knock from him is a boost for me. If he wants to help me raise money, he can keep knocking me,” Pelosi told “CBS This Morning.”

She made the remarks just after saying about the Trump “and his henchmen … with their comments, are a danger to our democracy. So I didn’t want to give him — you know, why bother?  He doesn’t tell the truth, he isn’t committed to our Constitution.” (RELATED: Jim Cramer Calls Pelosi ‘Crazy Nancy’ Right To Her Face During Televised Interview)

When the host pointed out that Pelosi was being just as insulting as Trump and that her “language is just as egregious,” she disagreed.

“But I’m speaking truth. Our Constitution is at the mercy of people who have no allegiance to the Constitution of the United States. They have repeatedly demonstrated that,” Pelosi argued.

Pelosi has often hurled personal insults at Trump, once saying he resembled a child with “doggy doo on his shoes” and Thursday claiming the president “knows he’s crazy.”

Pelosi was asked again if she still believes that Democratic presidential nominee Joe Biden should not debate Trump during the campaign. “I do,” she said.

In August, Pelosi remarked that she was opposed to any presidential debates, stating that she didn’t want to “legitimize a conversation” with the president. (RELATED: Trump Says GOP Will ‘Take Back The House’ After Pelosi Violates Indoor Hair Salon Order) 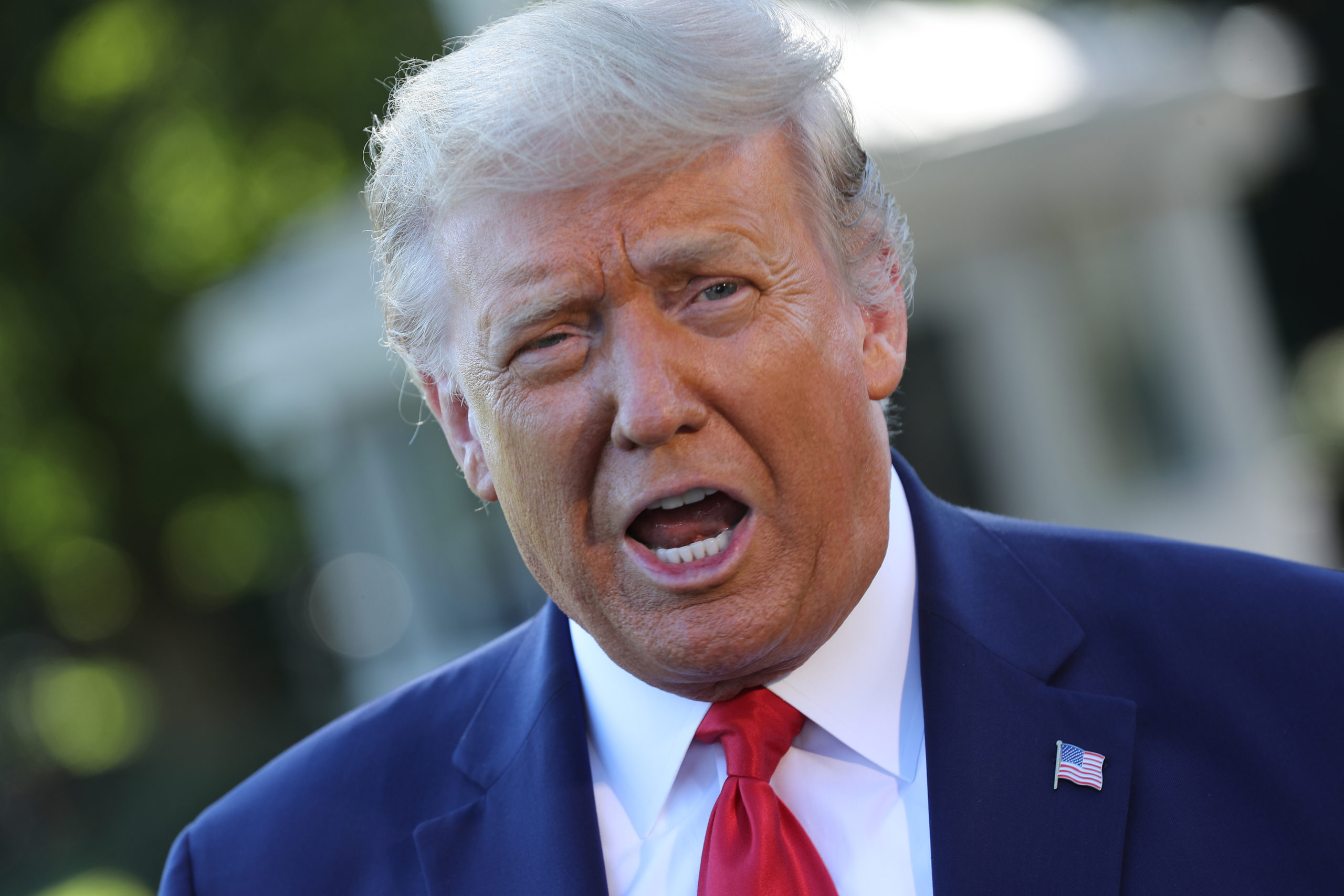 President Donald Trump talks to reporters as he departs the White House Sept. 21, 2020 in Washington, DC. Trump is traveling to Ohio for a campaign event. (Photo by Chip Somodevilla/Getty Images)

The Biden campaign directly responded to Pelosi’s comments, releasing a statement that committed the former vice president to debating Trump. “We certainly agree with Speaker Pelosi on her views of the President’s behavior. But just as she has powerfully confronted that behavior in the Oval Office and the Cabinet Room, Joe Biden looks forward to doing the same on the debate stage.”

But Pelosi reiterated her position Friday. “Not that I don’t think [Biden would] be excellent, I just think that the president has no fidelity to fact or truth. And actually, in his comments the last few days, no fidelity to the Constitution of the United States.”

Rep. Scalise to Newsmax TV: Harris ‘Too Cute’ in Debate

Olympic athletes are revered so much, they’re often put on pedestals and looked upon to uphold impossible standards. When they