New Delhi, July 04: Dogs may be our “best friends” but they have emerged as big menace preying on exotic wildlife species, hurting their growth.

A pan-India survey by the Ashoka Trust for Research in Ecology and the Environment has sniffed out data on domestic dogs attacking as many as 80 species, including those dwindling in numbers such as the golden langur, the great Indian bustard and green turtles.

In Rajasthan state, less than 100 great Indian bustards, an endangered species, remain and even they are being threatened by dogs.

Out of the 80 species documented, 31 were ‘threatened’ as per the IUCN Red List, including four critically endangered species. Vultures, great Indian bustard, Bengal florican, Chinese pangolin, green turtles, Himalayan goral, Asiatic wild ass, red panda and the golden langur are among the species on the edge of survival, which were reportedly attacked between 2000 and 2016.

About 48 percent of the attacks were reported within protected areas and the buffer areas, says the report out last year. 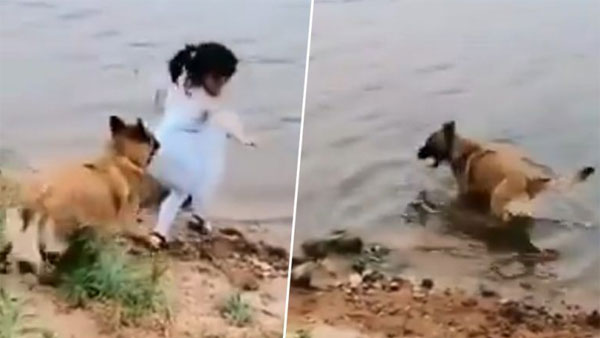 Data from the study shows that of the 249 responses, 73% reported sightings of domestic dog attacks on wildlife. Nearly 78% of the respondents from the online survey perceived the presence of dogs in and around wilderness areas to be harmful to wildlife.

Dogs are also a known or potential threat to 188 threatened species worldwide: 96 mammal, 78 bird, 22 reptile and three amphibian species. This includes 30 critically endangered species, two of which are classed as “possibly extinct”.

The majority of attacks are by packs of dogs, not individual animals, with packs comprising as many as 25 dogs. Nearly half (45%) of these led to the death of the wild prey. And most of the dogs’ targets are ungulates, largely spotted deer and sambar. Domestic dogs don’t just threaten wildlife through predation, they also transmit diseases and trigger “fear-mediated behavioural changes

At 60 million, the dog population in India is the fourth highest in the world, and this owes largely to poor population control programmes, weak dog ownership rules and freely available food waste. A combination of all these factors influenced the negative impact of dogs on wildlife.

Wildlife lovers believe that this requires a hand-eye coordination between the administration and the forest department with a view to check the growing number of canines. Instead of dropping canines in rural areas from cities, the civic bodies should start a fool-proof castration drive to control the population of dogs.