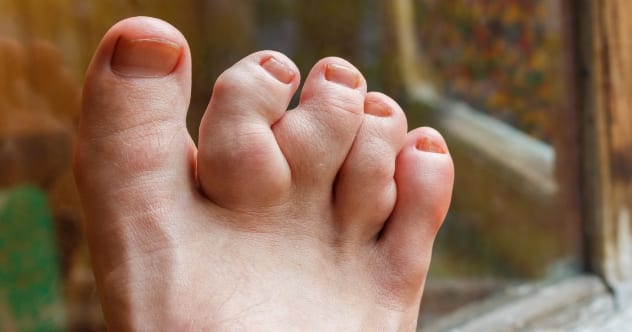 From afar, celebrities look like they have it all, from perfect looks, great skills, fame, and the money to boot. But since we are all human, celebrities have their own limitations that make them unique and special. This list dives deep into the world of celebrities, showing that they battle the same insecurities as most of us.

In a positive twist, the list shows that these celebrities are still heroes who choose to wear their flaws proudly. Whether on-screen or off, these stars don’t let their deformities define them, and most importantly, they don’t hide them from the world. These are the 10 celebrities you didn’t know had deformities.

Denzel Washington is one of the most prolific performers of all time, and his portfolio as actor and director is one of the most impressive in Hollywood. Whether he’s cast as a special services commando in Equalizer (2014) or a defense attorney in Roman J. Israel, Esq. (2017), Washington is always out to impress and entertain. But what fans don’t know about Washington is that he has a damaged pinky on his right hand.

Washington, who is never ashamed to talk about his crooked finger, damaged it when he was playing American football as a teenager. Sharing his experience on “The Graham Norton Show,” Washington narrated that as he went for a pass during a game, his finger got dislocated. Even after having the finger rebuilt, it never healed perfectly, and everything is like a “gummy bear in there.”

The plus side is that Denzel Washington’s finger never distracted him from his work, and when he got home, his kids loved seeing the crooked pinky. When his kids had sleepovers, he would hear, “Dad, could you show my friends the magic finger?”

Ed Sheeran is easily one of the most successful artists globally, with over 150 million records sold world-wide. As a singer, songwriter, and record producer, Ed Sheeran’s life story tells a triumphant tale of a rise from rags to riches. If you’ve ever met Ed Sheeran, you might have noticed that he has something peculiar on his right cheek, a very subtle scar.

Ed Sheeran’s scar has a very interesting background since the star earned it after spending the night with a member of the British Royal family. At a party hosted by Princess Beatrice at the Royal Lodge in Windsor, Ed Sheeran was a high-profile music guest. Amidst the fun and pomp, Princess Beatrice decided to jokingly knight James Blunt, but she didn’t see Sheeran behind her when she wielded the ceremonial sword. Ed Sheeran got a curious scar tattoo by a real sword.

Lucky for the royal princess, Ed Sheeran holds no grudges as he reportedly returned to the party after medical staff patched up his face. That’s a real tough guy for you. Of course, while we all know about the scar, Sheeran cannot talk about the scar publicly.

Vince Vaughn is a stand-out figure in comedy, and his roles in films like The Break-Up (2006) and Wedding Crashers (2005) are endearing and relatable. Off-screen, Vince Vaughn is just an ordinary guy with a distinctive feature that many would miss, a slightly shortened thumb.

A close look at Vince Vaughn’s pictures reveals that the actor has a slightly shorter thumb with a sad back story. When he was a teenager, Vaughn lost the tip to his right hand’s thumb in a car accident. While most people would call the thumb deformed, Vaughn laughs it off, choosing to look at the bright side.

Tom Hardy is strikingly good-looking, but he easily passes off as one of the toughest guys on screen. In his earlier days, Tom Hardy was an unruly young man who never shied away from a fight, a character he reawakens in his most imposing roles. In Warrior (2011), Taboo (2017), and The Dark Knight Rises (2012), where he plays Bane, he’s the guy everyone is scared to meet.

Still, one thing Tom Hardy never fakes on screen is the bent pinky that he earned from a kitchen knife accident. During the mishap many years ago, Hardy stabbed his little finger, severing a tendon. You’ll notice that the finger is a bit bent if you look at his pictures, but the actor doesn’t lose sleep over it. In fact, the trained mixed martial arts fighter doesn’t seem to mind it.

Tom Hardy’s deformity is proof that nothing can impede us from achieving our goals if we are determined. He can participate in any sport and act in any role. Tom Hardy is a true chameleon.

6 Lebron James’ Scar On The Skull

In the world of basketball, Lebron James, or “King James” as he’s better known, is a household name that inspires admiration and respect. With four MVP awards, 16 All-NBA, and All-Star awards, James is a force to reckon with on and off the basketball pitch. Yet, despite his skill and class as an artist, James has some deformities that his greatest fans are all too familiar with.

During Game 4 of the NBA Finals in 2015, Lebron James was on the court doing what he does best, but he veered off the court towards the media section after a foul. As James lost his balance, he crashed straight into a TV camera that captured his fall and dealt him a blow to the skull. The incident was serious since the star athlete started bleeding immediately.

Always the sportsman, Lebron James brushed off his injuries and continued to take the free throws after the medics glued his wound shut. Over time, there have been many conspiracy theories surrounding the wounds, with some saying they were caused by hair transplant surgery.

5 Joaquin Phoenix’s Scar On the Lip

Joaquin Phoenix’s role as the Joker (2019) earned him critical acclaim, and for anyone that saw the film, his madman’s laugh was as creepy as it was impressive. His dark performances aside, Joaquin Phoenix stands out because of one particular facial feature, a scar on his lip.

The facial marl, which runs close to the center of his lip, is one unique facial deformity. According to the star, the scar, which closely resembles a cleft palate operation, is just a simple birthmark. So, in an industry where facial features matter most, it’s safe to say that Phoenix’s scar is almost an added advantage.

The world of comedy would be nothing without Jonah Hill, the funny man behind Superbad (2007), 21 Jump Street (2012), and War Dogs (2016). But while Jonah Hill will take on any topic, he avoids focusing on the scar on his right arm.

We all made mistakes when we are young and wild and for Jonah Hill, being a teenager meant joyriding around LA. The unruly episode turned awry when the SUV crashed, dragging his outstretched arms on the asphalt. It was a horrific scene, and for doctors, the question was whether to save the hand or amputate it.

Luckily for Hill, the doctors managed to save the limb, and he considers it a constant reminder that he must succeed. It took a dangerous ride for Hill to get his priorities right, and perhaps this is why he’s such a big deal today. As the saying goes, “our scars define us,” and for Hill, they helped him transform his life.

Jennifer Garner burst onto the scene with her stellar performance on Alias (2001), and since then, she’s become a beloved figure for her fans. But while Garner’s onscreen performances are memorable, her red carpet appearances always intrigue the paparazzi that capture her from head to toe. One observation from Garner’s snaps is that she has a crooked and overlapping pinky toe.

For Hollywood celebrities, perfection is everything, and for tabloids, Garner’s overlapping pinky toe has become a major fascination. Every time she goes out in open shoes, gossip magazines are hot on her heels, looking to report how unsightly and bazaar it is. Yet, the brave Garner is never perturbed by these reports since her overlapping pinky is not a big bother.

In the medical world, Garner’s condition is known as brachymetatarsia, and in most cases, it causes no discomfort and requires no corrective surgery. Like a true diva, Jennifer Garner treats her physical imperfections as a rare quality.

Tina Fey is a Hollywood legend, and her work on Saturday Night Live, 30 Rock, and The Unbreakable Kimmy Schmidt makes her one of the most influential women in comedy. But amidst her great accomplishments as an artist, Fey has a dark past that left her with a noticeable scar on her left cheek.

Like most women, Tina Fey covers her face with makeup, but the distinctive mark is visible when she’s not wearing any. Writing in her autobiography titled “Bossypants,” Fey shared the saddening story behind the scar. When she was just a kindergartener, Fey was attacked by a man armed with a knife in an altercation that she lives to remember. The violent attacker slashed her in the face, and after the wound healed, she was left with the scar that tells a tale.

Thankfully, the scar didn’t affect the young girl’s life, and in her neighborhood, the distinctive mark turned her into a celebrity. Ever fierce, the bossy Tina Fey pulled herself together to become a symbol of strength and feminine power.

Harry Styles rose to fame as a member of the sensational boy band “One Direction.” After the group disbanded, Styles became a successful solo artist, churning out hit songs after another, proving that he’s the most talented of the group. But while Styles’ talent as an artist moves his fans, the hunk is also famous for a unique deformity, four nipples.

Most of us would be uncomfortable opening up about our bodies, and while Styles was shy at first, he was not awkward about it. In an interview with Chelsea Handler, the artist put the rumors about his body to rest after sharing that he had two extra nipples! The nipples, which Styles wasn’t afraid to show off on camera, are located slightly lower than the “usual” nipples.