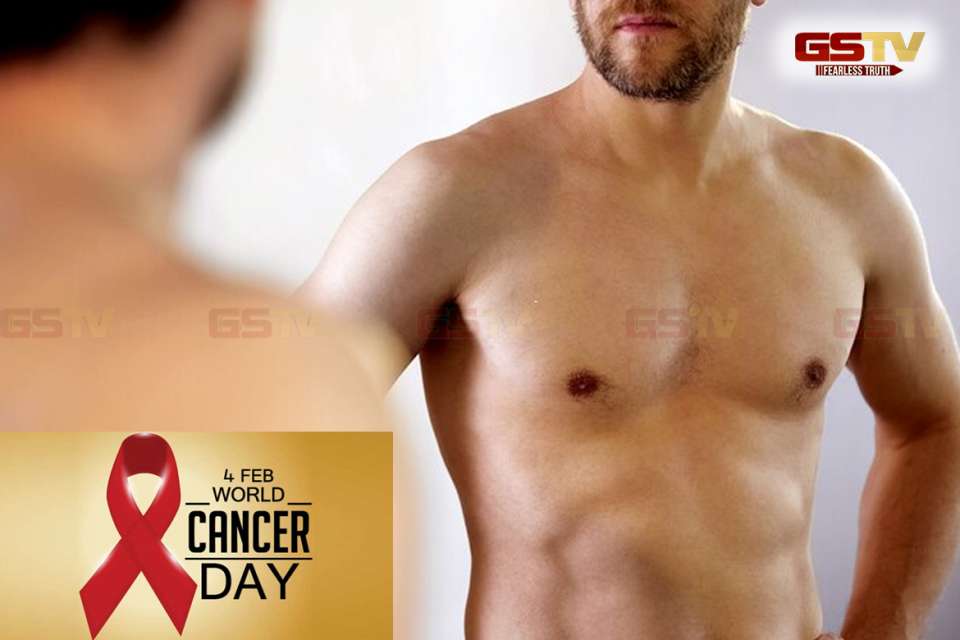 Tomorrow is ‘World Cancer Day’ on Thursday 4th February. Then you will be surprised to know that breast cancer is found not only in women but also in men. However, the disease is rare in them. The share of male breast cancer in all types of cancer is only 0.1 percent. While the ratio of breast cancer in women and men is one in 99. Due to lack of information, it is too late for the male to reach the final stage for treatment. Men who have shown awareness of the disease have beaten breast cancer.

The disease involves a man having a tumor on his chest, which can also be cancer. As the cancer progresses, the tumor spreads to the neck. As the tumor grows, the lingaments begin to move inside the breast. The skin around the breasts starts to dry out. When cancer occurs, fluid starts to come out of it. Sometimes even blood stains appear on the clothes. However, like all cancers, it is caused by mutations in cells. Breast cancer in men is also genetic. It is possible to treat it with surgery, chemotherapy, radiotherapy, hormonal therapy.
Jung won

An 83-year-old resident of Narsinghpur was diagnosed with breast cancer seven years ago. His son says, ‘He was diagnosed with breast cancer at the Medical College Hospital’s Cancer Hospital and immediately went for treatment. Now they are healthy. The same condition is in another patient. He says he noticed a lump in his breast a year ago. So the biopsy examination revealed that the tumor was cancerous. He underwent surgery at Tata Memorial Hospital, Mumbai. Now they are cancer free. He is currently undergoing hormonal therapy at a local hospital.

Know what these doctors have to say?

Cases of this disease are very rare but if a man is aware of this, he can be cured by getting it treated on time.

Mahakoshal-Vindhya causes only three to five cases of male breast cancer in a year. Most of the patients we have there have recovered.

A man suffering from this disease reaches the third or even fourth stage for examination. Which makes their condition worse. But they can also beat cancer if diagnosed early.

Link the PAN card to Aadhaar by March 31, otherwise you will have to pay a penalty, this is how you can link online

Taxpayers may be late in getting tweak / income tax refund, find out the reason

Congress co. Marathon meeting of the Coordination Committee, got up to give tickets to the loyalists.

One thought on “World Cancer Day 2021: Caution / This cancer is present not only in women but also in men”