New Delhi: The war between Azerbaijan and Armenia is not going away. More than 150 civilians have lost their lives so far in the wars in Armenia and Azerbaijan, and horrific images of destruction are emerging every day. In Nagorno-Karabakh, located in Azerbaijan, there is a conflict between the two countries over the territory occupied by Armenia. The Nagorno-Karabakh region is officially part of Azerbaijan, but the population is predominantly Armenian. Armenia is predominantly Christian, while Azerbaijan is a Muslim-majority country.

In this war between Azerbaijan and Armenia, the Indians are supporting Armenia. However, India has maintained its official neutrality in the matter and appealed to both the countries to establish peace in the region. “India is concerned about the situation between Azerbaijan and Armenia,” the Indian Foreign Ministry said in a statement. This is a threat to regional peace and security. We urge both parties to put an end to hostilities and exercise restraint. The two countries are taking all possible steps to establish peace on the border. While Turkey and Pakistanis are backing Azerbaijan on social media, Armenia appears to be backed by Indians’ social media accounts, according to a paper by the Australian Strategy Policy Institute. There are a lot of tweets on social media with #IndiaSupportsArmenia in India. 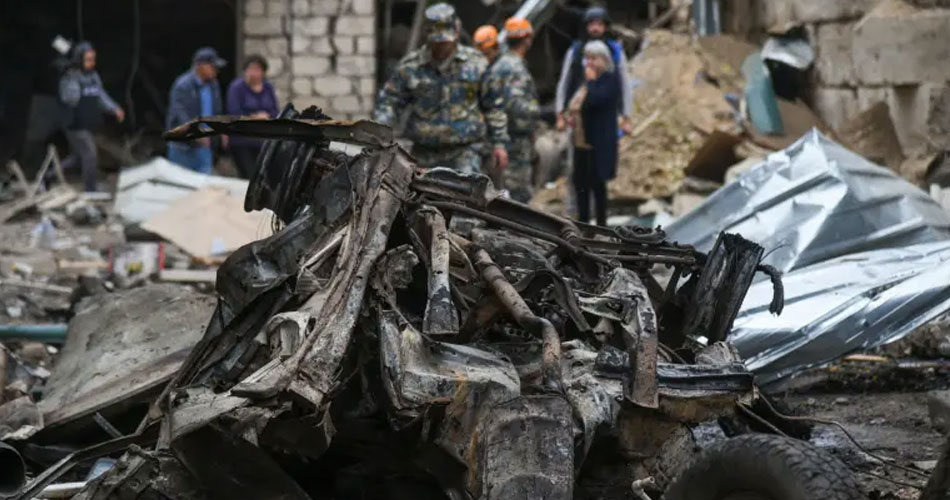 The paper further states that amid tensions between India and Pakistan over Kashmir, Pakistan was backed by the Turkish department. When Article 370 was removed from Kashmir, the people of Turkey also tweeted with the hashtag #Pakistanisnotalone. Now a new hashtag about the conflict in Nagorno-Karabakh is emerging. Pakistanis and Turks are tweeting from their social media account with the hashtag #Azerbaijanisnotalone. For the first time since Diwali, the price of saffron has come down, but the price may go down further