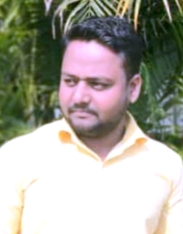 Phaltan (Representative) – Vidani Ta. Sanket Sanjay Shirke, 22, of Phaltan (Shirkemala) left home on Thursday 13th at around 5 am saying that he was going to exercise and committed suicide by hanging himself with a nylon rope in a cattle barn next to his house.

Before committing suicide, Sanket had taken out a video clip on his mobile and mentioned the names of two persons in it. In this regard, Sanket’s father Sanjay Gajanan Shirke, 50, showed the video clip from the mobile to the police officer.

In this case, my son was deliberately arrested on false charges with the intention of ruining his career. In a video clip on his mobile before committing suicide, Sanket mentioned that Raju Ann Suresh had ruined my career by filing a false case against me and that I could not get a job because of which I was committing suicide.

Sanket was a brilliant engineer graduate and had a pleasant disposition. His departure has come as a shock to the Min Mandali relatives and has caused a lot of grief to the Shirke family.

Find out how much investors’ wealth has risen today, as the Sensex-Nifty continues its historic rally

These 3 works will not be done by June 30, including linking the base-page, will suffer losses

Looking for a superior PC on a budget? You’ve come to the right place. Check out 10 of the very