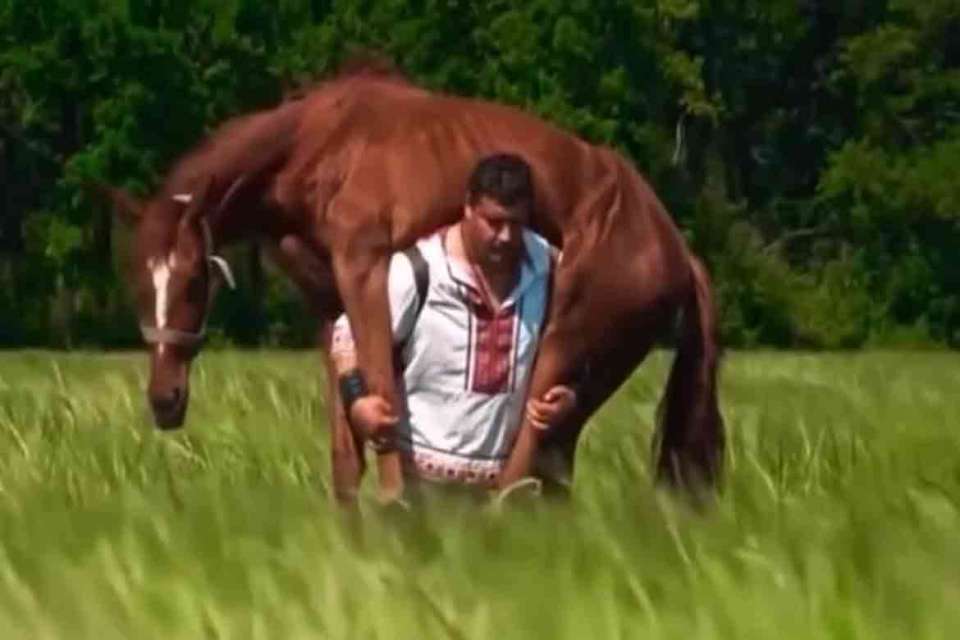 There are so many people around the world who are making a name for themselves all over the world because of their weird qualities. These people work a little harder than others. One such person is Dmitry Khaladabi of Ukraine. Seeing his strength, everyone goes crazy about him. This person can carry anything in the world on his shoulders. This person is considered to be the strongest person in the world.

We are saying this because this person does not sit on a horse, but puts the horse on himself. Not only that, this person carries camels, buffaloes and many other animals on his shoulders. People are amazed at his strength.

This person is considered to be the strongest man in the world. You can estimate this in such a way that it does not need a hammer to hit a nail, it strikes the nail with its own hands. It has so much power that it can lift many people at once.

Dmitry Khaladji often shares his strengths on social media. You will be surprised to know that this is not once but 60 times in the Guinness Book of World Records. However, after reading the story of this person, you also try nothing like this, you will get annoyed.

Firing in land dispute in Desaiwad of Khergam, attacker also accused of being bootlegger

Moko / Modi government is giving a chance to win 50 lakh rupees, just do this one thing

The Imran government also has an intelligence camera in the bathroom of jailed Nawaz Sharif’s daughter Maryam! Came up against shocking things