Jawalirajun: Patil Shrikant Manohar Rane of Jawalajjun village in Purandar taluka has been elected as the Pune district (rural) president of the All India OBC Seva Sangh. B. C Seva Sangh Maharashtra State President Tatyasaheb Dede handed over the letter of appointment to him. Shrikant Rane has previously worked successfully as the secretary of Lonari Yuva Vikas Sanstha Purandar. Due to his very eloquent and realistic speech style, he is emerging as an aggressive youth leader in the area. Former MLA Ashok Tekwade, former Sarpanch Appasaheb Rane, Tantamukti President Prashant Rane President Ganesh Rane congratulated him. After being elected as the Pune Rural President of the All India OBC Seva Sangha, Shrikant Rane said that he would strive for the upliftment and progress of the society by working for the right to justice of the society. Maharashtra Working President Yashwant Padalkar, Deputy State President Appa Bhandalkar and Organizer Santosh Tayde Saheb were present on the occasion. 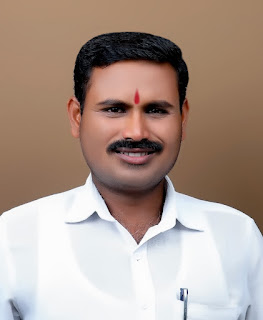 If you don’t know the rules of traffic, read these new 19 rules to be tension free

Sachin Tendulkar could not, Cheteshwar Pujara close to a special achievement against England

How much did Harry and Meghan get paid for the Oprah interview?

Joggers Should Wear Face Masks When Running in Public

Corolla bomb explodes at Karnal Sainik School, 54 students killed in Corona Do NOT follow this link or you will