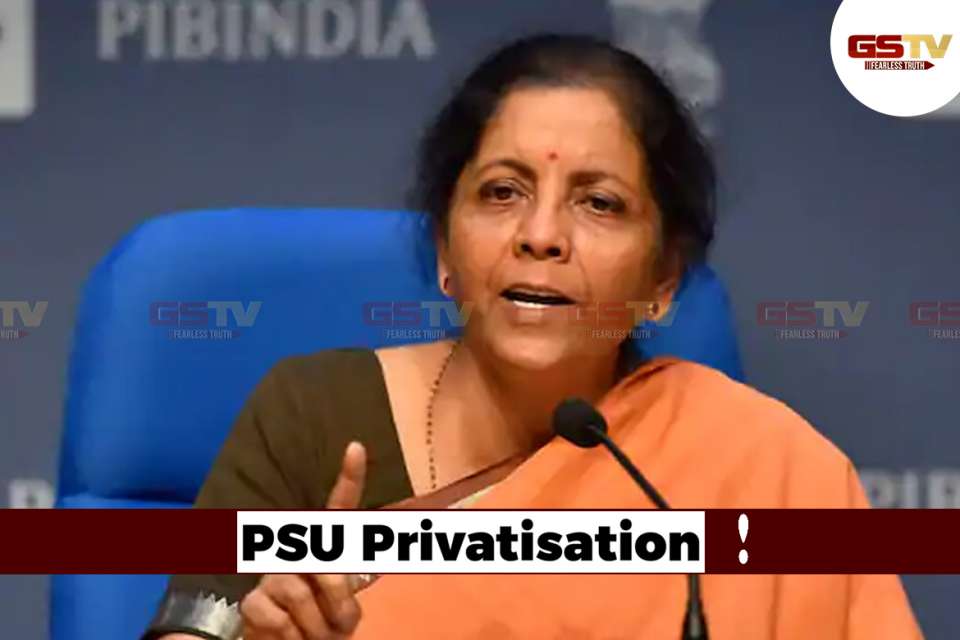 The Union Cabinet has given the green light to the privatization of Public Sector Undertakings (PSUs) in a long-awaited policy before the budget. It is hoped that this will be announced in the Union Budget 2021. The policy will prepare a roadmap for strategy and their presence in government-owned institutions in the non-strategic sector, which was approved at a cabinet meeting on Wednesday. The outline of the policy and the PSU privatization strategy will be announced by Finance Minister Nirmala Sitharaman in the budget to be unveiled on February 1.

This policy was part of the Aatmanirbhar Bharat package

This policy was part of the Aatmanirbhar Bharat package announced by Nirmala Sitharaman in May 2020 as a coherent policy. Where all sectors will be opened for private sector participation. The government then announced to limit the presence of PSUs in strategic areas from one to four and to privatize and dissolve the remaining companies under one holding company.

These sectors are classified as strategic areas

The official said, “There have been several discussions between a group of ministries who have formulated and shaped the policy. According to the initial draft of the policy sought by the Department of Investment and Public Asset Management, about 18 sectors were classified as strategic sectors. These include electricity, fertilizer, telecom, defense, banking and insurance. It is classified as mining and exploration, manufacturing and processing as well as services.

Important thing / What to do if a colored note comes out of the ATM? Learn what the rules say

The stock market closed above 47,000 for the first time, earning investors so much

Dosti is brand new Hindi song sung by Amit Trivedi. Its music is given by MM Kreem while lyrics is