Mumbai: Bollywood superstar Amitabh Bachchan has recently recovered from Corona. After this, he has again reached the set of the 12th season of the popular TV show ‘Kaun Banega Crorepati’. He contracted the corona virus during the shooting of the show’s promo. But after recovering from beating Corona and returning to the show, he also takes full care of the health of the others with him. The premiere date of the show has also been announced.

According to the information received, the 12th season of Kaun Banega Crorepati will be aired from September 28. The show has seemed a bit unfocused in recent episodes. The show will air Monday through Friday at 9 p.m. Not only that, the producers have made a lot of changes to the show. Producers for KBC 12 can start a digital press. Unlike ‘The Kapil Sharma Show’, it will not have a live audience.

Competitors have to stay quarantined

Apart from this, like Bigg Boss 14, the contestants participating in KBC 12 will also have self-quarantine in the hotels. Only then will he be able to play the first round of the show, the fastest finger first being the first round. That being said, the schedule is getting tighter. Along with this, masks, sanitizers and social distance will also be taken care of keeping in view the corona virus epidemic. Technology has been used to keep out of contact with anyone. 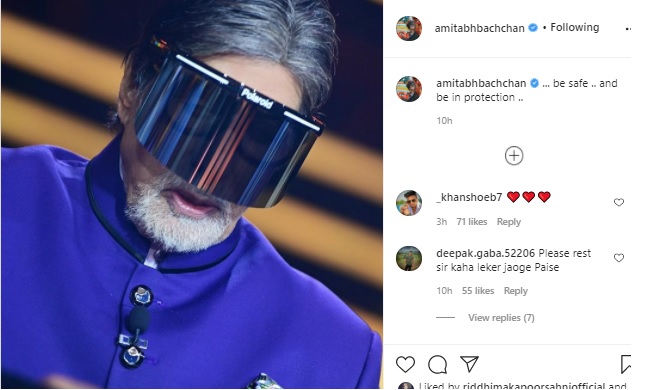 When shooting wearing a face shield

Earlier, Big B shared a picture from the set of reality show ‘Kaun Banega Crorepati 12’ on Instagram, in which he is seen with a face shield. Captioning the picture, he wrote, “Be safe and be safe.”

Babri demolition case: Swara Bhaskar responds after acquitting all accused, find out what he said

Akshay Kumar shared a video on the set of ‘Laxmii’, director Raghav Lawrence was seen preparing for the role of transgender

Bhagyashree’s darling Avantika is four steps ahead of her mother in beauty, looking at the pictures you will also say ‘Oops …’

How Second-Generation Immigrants Develop the Skills and Convictions of Citizens

Tweak / Now you also have to pay to watch the news, this government has approved this new rule

Lupus More Deadly for Some Minorities

New variant of Redmi 9 Power launched, find out what are the features