MUMBAI: Former India captain Sunil Gavaskar recently made a comment on Anushka Sharma about Virat Kohli’s performance, about which he was trolled. Anushka Sharma has written a post on Instagram commenting on Sunil Gavaskar’s statement. Now the whole matter has come up against Kangna Ranaut’s reaction. 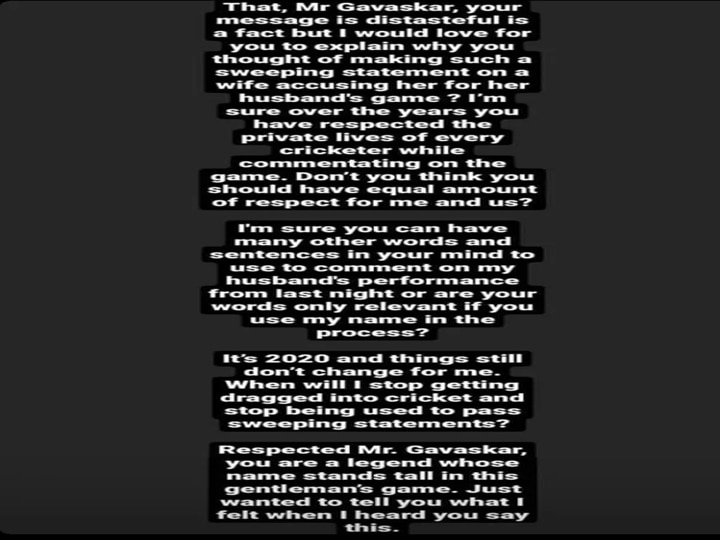 Anushka Sharma responded to Sunil Gavaskar via her Instagram post. Anushka further writes – ‘You could have targeted my husband’s performance with another word, but you also pulled my name, is this true? This is going to be 2020, but things are not going well for me today. I am always drawn to cricket. I have a lot of respect for you. You are the giant of this game. I want to tell you how I felt when you took my name.

“Anushka Sharma remained silent when I was threatened and called a scoundrel, but today when she herself faced such a thing, I condemn that Sunil Gavaskar dragged her into cricket like this, but also to show feminism on a few things,” Kangana tweeted. Not right. ‘

Only a sex starved pervert will find sexual context to #SunilGavaskar’s statement which he made on national television for a woman, he should’ve not mentioned her, but Anushka is playing a cricketer in her next and there are several videos of her practising with her husband.

Kangana further tweeted, “Anushka Sharma is playing the role of a cricketer in her next film. She is also seen in several videos practicing with Virat Kohli. Earlier, Anushka wrote on her Insta Story, ‘Gavaskar ji, your message is a disturbing fact’.

Batted without pressure; it was like see ball, hit ball: Steve Smith

Why was Ice Road Truckers cancelled? How to watch Series 11!

Who is Captain Luthor in Superman & Lois? Villain explained

Explore the songs and music in Netflix series

When is Attack on Titan anime ending? Season 4 may not adapt the entire manga

BJP MLA’s own outburst that BJP came to power with money, find out who gave controversial statement